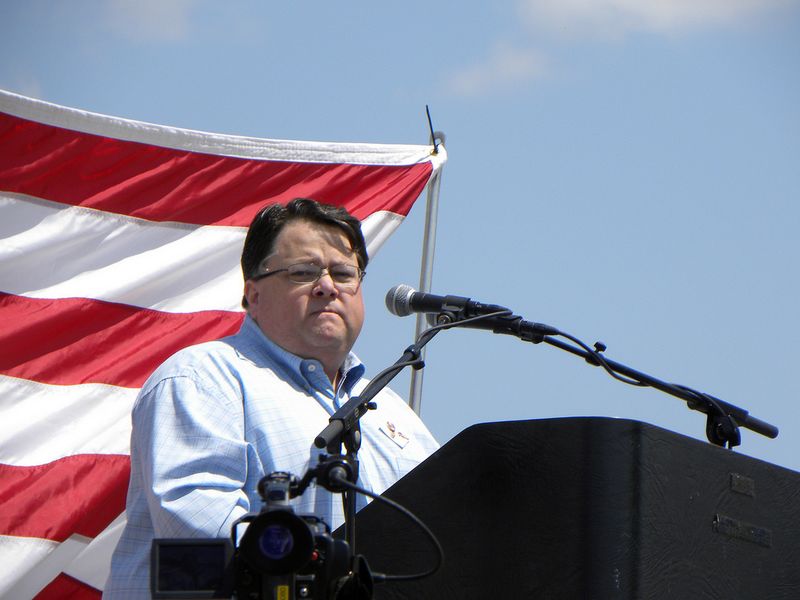 Two seemingly disparate news items suggest some shifting ground in the Minnesota political landscape, a place where ordinary geology tends toward erosion and collapse, rather the earthquakes suggested by headlines the day after elections. Witness the victory of Chip Cravaack over Jim Oberstar in a congressional district where political currents pulled away the riverbank from the under the Democrats fishing there.

Much has been made of the implosion of the Republican brand in the past few month, but the entirely self-inflicted river of shame has been gnawing on that bank for years. We only now see the bloom of slit depositing itself as the current slows.

Bluestem has looked — in a snarky, bloggy way — at some of the points made by Minnesota Public Radio’s Tom Scheck, Catherine Richter, and Bill Wareham in Chairman’s spending decisions on insiders helped lead to GOP debt. The latter report, out this morning, should serve as a reminder of what real journalism looks like: digging into records, rather than tweets.

There’s real paydirt in that current. Go read the whole thing. Bluestem is pleased to read these passages, beginning with the lede about the failed burrito baron:

A Republican leader with 25 years of hard-earned respect from the party that prides itself on fiscal discipline, awarded contracts worth hundreds of thousands of dollars to consultants, lawmakers, candidates and party insiders over the course of nearly 30 months as state party chairman, contributing to the financial wreckage the party is trying to fix today.

Sutton and the Republican Party also did business with at least one major donor.

Donors typically give money to political parties they agree with to win elections. In this case, a donor gave money to the Republican Party and also created a business to sway voters.

The donor is Robert Cummins. The business is Civis Communications.

In 2009 and 2010, the party paid Civis Communications about $82,000. Roughly half the cash was for direct mail services and the other half was for voter identification efforts.

Cummins, CEO of Primera Technology, is one of the GOP’s top donors. In 2010, according to records, Cummins gave $425,000 to the party’s state account. In addition, the Freedom Club State PAC, which Cummins helped create, gave the party $400,000.

Mike Scholl, who is the company’s executive director, said he leads the daily operations of the firm and did not want to comment on Cummins’ role. He said that Cummins’ influence within the party did not help Civis secure the contract.

Fascinating stuff in and of itself, but also for Cummins’ role in other hanky-panky related to constitutional amendments. Readers may recall how we asked about GOP consultant Greg Peppin’s hire by House Speaker Kurt Zellers to “lobby” his own caucus on behalf of the marriage inequality amandment. In Peppin pimping hate: House member’s spouse “lobbies” caucus on amendment–for whom?, Cummins put in a star turn via PIM’s Brianna Bierschbach:

Donations played into the calculus of the amendment vote in another way, according to one source who monitored the amendment effort. House Republican caucus uber-funder Robert Cummins, the chief executive officer of Primera Technology, is a fervid backer of the amendment and a past donor to anti-gay-marriage initiatives. Since 2004, Cummins has contributed more than $408,000 to groups like Minnesota Citizens in Defense of Marriage — now Minnesota Majority — and the Minnesota Family Council, and has thrown hundreds of thousands of dollars at the House GOP caucus campaign chest. In a June 2010 Capitol Report story, then-caucus treasurer Matt Dean said Cummins is much more involved than the average donor. He works directly with House leaders to recruit Republican candidates to run in each district. “He understands the importance of winning elections,” Dean said at the time.

“Promises must have been made to outside sources,” the source said, adding that the caucus was reportedly promised several million dollars for the 2012 elections from various groups if the amendment passed this session.

Peppin understands that the vote was likely difficult for freshmen to make, especially those who narrowly won in swing districts last fall or those who campaigned on fiscal issues, not social ones. That was the case for freshman Rep. Kurt Bills, a schoolteacher from Rosemount who ultimately voted for the legislation.

Bills now faces a bid from Jeff Wilfahrt, the father of the late Andrew Wilfahrt, a gay soldier whose ultimate sacrifice helped give freshman Republican and disabled veteran John Kriesel’s passionate speech against the amendment on the floor of the House such power.

There are some truths money can’t buy off.

The Freedom Club, Minnesota Majority, Robert Cummins: these are names we’ll hear a lot about, and the cautionary tale investigated by Scheck and his associates should be told and retold to voters in the coming days. To paraphrase a common chant: This isn’t what democracy looks like.

The pattern continues. The Scheck and Richter report notes one case of a GOP employee collecting a consulting fee while on the payroll:

During Sutton’s tenure, Ryan Griffin served as the party’s executive director. But in addition to his annual salary of $85,000, he was also paid roughly $14,000 for consulting and legal work, according to campaign finance documents.

Sutton characterized the payments as a bonus for advising the party on legal issues during election season.

And who does Griffin have as a client now that he’s laid off? None other than the Freedom Club, a contract tweeted by none other than the late Michael Brodkorb at the time when the MNGOP laid Griffin off, and evidenced by this Freedom Club’s talking points document pimping Steve Drazkowski’s Right To Work For Less Money Amendment, helpfully posted by the Rochester Tea Party Patriots. Mr. Griffin’s phone number is on the document, in case anyone in the press wants to interview him about his service to the Republican Party of Minnesota and the big donors who bought it.

Mr. Cummins has indeed purchased a small circle of loyal friends and retainers.

However, for most of the amendments to the state constitution that Mr. Cummins and other wealthy business men are promoting, Bluestem offers the kindly suggestion that those seeking answers on this development should simply give the American Legislative Exchange Council a call– it’s the author of model bills for much of Draz’s legislation, including this particular amendment and his supermajority amendment. Copycat bills from ALEC are responsible for much of the recent unrest in Wisconsin, Ohio and Indiana.

The financial erosion of the Republican Party of Minnesota under the management of Tony Sutton (who brought Baja Sol to the brink with his lovely wife Bridget) appears to have altered the river of cash that waters the broader conservative valley in the North Star State, and this brings Bluestem to the second news item mentioned in the lede.

Upon reviewing the press release, our conclusion is that the wedding of the Center of the American Experiment and the Minnesota Free Market Institute isn’t a merger, but rather a consolidation at a moment of coming austerity and ambition on the part of those big donors who’ve been funding the Republican Party (MPR reports that the party received only $255 from small donors in 2010). ALEC’s think tank division, the State Policy Network, lists both organizations in its directory entry for Minnesota.