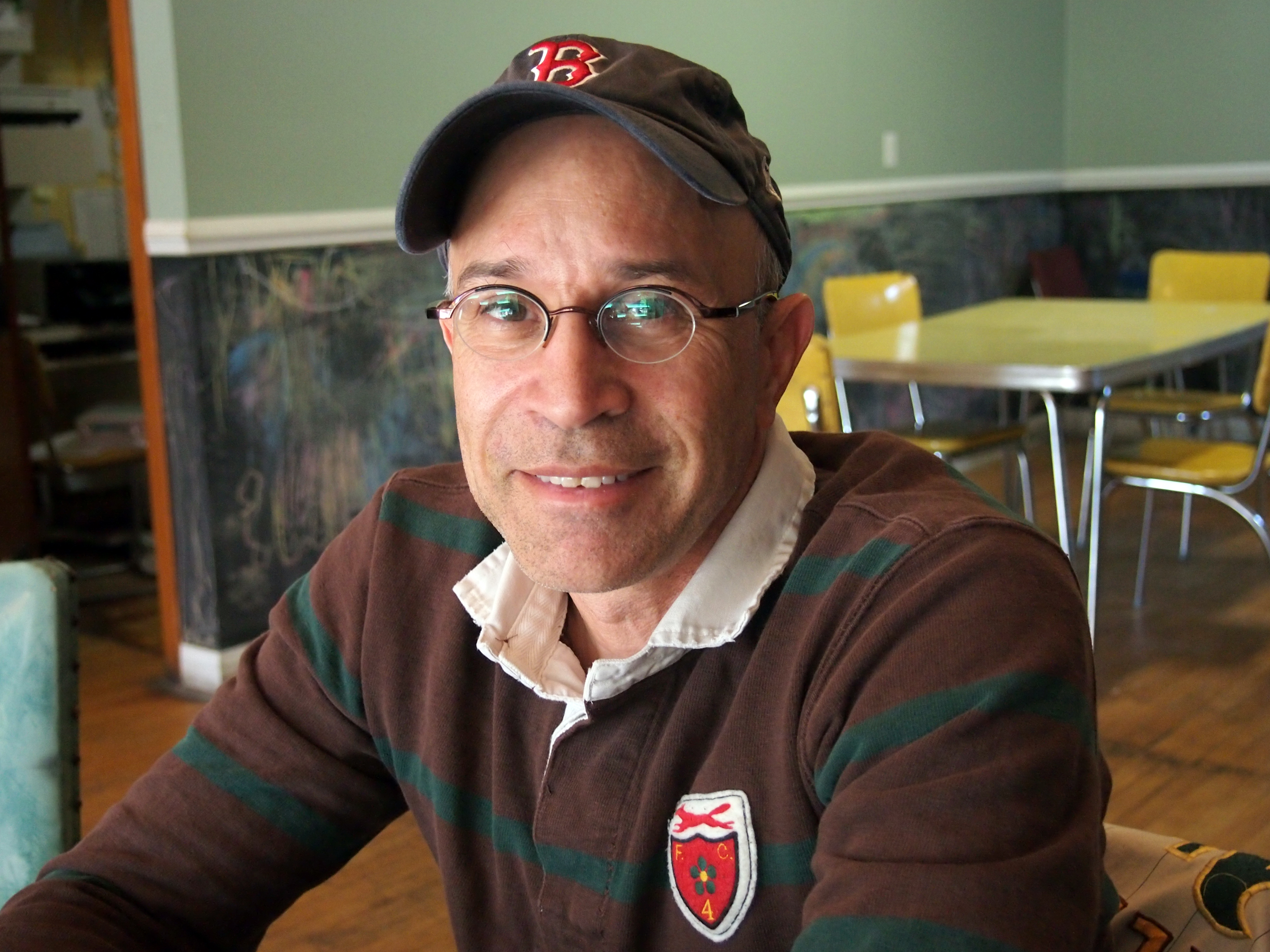 Though I grew up in St. Paul, my level of familiarity with the city’s West Side is such that after I crossed the bridge from downtown, I made one wrong turn after another and had to recalculate the route to Jerabek’s New Bohemian Coffeehouse four times before I finally found in on a quiet residential stretch of Winifred Street. My visit turned out to be well worth the trouble: not only did I have a delicious hot breakfast wrap, I enjoyed a long conversation with Al Justiniano—director of the nearby Teatro del Pueblo.

“Our neighborhood is sort of a peninsula,” explained Justiniano. “It’s called ‘the West Side,’ but it’s actually the south side—as boats made the turn, captains would describe this as the west side of the river. It’s Minnesota’s Ellis Island: it’s been the first port of many immigrants who would stay here on the flats and then move to other parts of the city. There have been Jewish, Lebanese, Germans, Latinos, and now Somalis and Hmong.”

Justiniano, a native New Yorker, co-founded Teatro del Pueblo in 1992. “I was a math major,” he said with a smile. “Two actors were trying to create more art and have more control over it; I told them, ‘Hey, start a theater,’ so they took me on. I always thought Teatro was a portal into Latin America—not only for the community here in the neighborhood, but for the broader community.”

Most recently, Teatro del Pueblo joined with the West Side Theater Project and Nautilus Music-Theater to help neighborhood residents tell their own community story in the collaboratively created musical Once Upon a River. “We developed the script,” explained Justiniano, “based on who came in the door.”

Though Justiniano said that West Side residents are more apt to travel to the neighboring city of West St. Paul than to go downtown, in the past there have been strong connections across the river. For several years starting in the 90s, Teatro del Pueblo staged Las Posadas, a traditional Christmas pageant, at the Ordway Center for the Performing Arts. “People in our community were not used to being in a beautiful brass-rail theater where there were ushers in uniforms,” Justiniano said. “It was a unique experience. The ushers were very kind and realized that some of the rules would have to be worked around.” For example, a row in the back of the McKnight Theater was reserved for parents with small children.

Justiniano acknowledges that shows at the likes of the Ordway and the Guthrie get more press than small community productions like Once Upon a River, he’s patient and hopeful that the neighborhood’s profile will rise. “As time goes by,” he said, “the art is going to make more people excited about coming to the West Side and learning more about this beautiful neighborhood. We’re surrounded by the Mississippi, so there’s a uniqueness to being a West Sider. People don’t just passively live here—they proudly say they’re West Siders.”