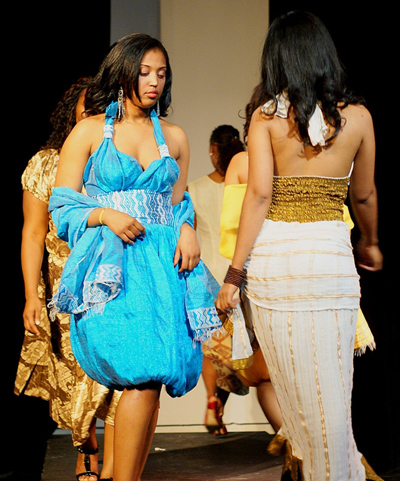 The networking and entertainment organization African Global Roots has certainly improved the 10-scale rating of its African Arts Festival series by at least 2 points, regardless of where you may have personally ranked their first.  In other words if you gave them a grade of, let’s say, “5 out of 10” you’d have to give them at least a “7” this year.  They accomplished this feat by increasing the size of the venue, greatly reducing the admission fee, catering the gala with authentic food, having the event during the day making it more family-friendly, and deploying a more experienced host-  All significant improvements over last year.  Not to take anything away for the beautiful young lady who hosted the inaugural festival but this year’s host was more comedic and interactive.  You would think the Master of Ceremony thought he was hosting the BET Awards- changing outfits to compliment each program segment, which was a rather nice touch.

The venue for the 2nd Annual African Arts Festival was held on August 28th at El Colegio Spanish/English Charter School, which at the outset fostered a greater sense of diversity and community.  You walked in and the oval foyer seemed to beckon you from three directions; straight ahead to an Art gallery belonging to one of the vendors, to the right into the cafeteria where Ugandan women served a fine traditional meal and the left to the corridor of eager merchants.  And after accepting its invitation it was as if you were embraced by the pleasant aroma, the vibrant colors, rich voices and enchanting rhythms of the continent.  Embraced the way families welcome their own.

The note-worthy carryovers from last year were, of course, the beautiful models of various African nations, the high-powered performance of drum and dance, and introspective poetry.  The most notable drop off being the event’s program.  Last year’s program was actually a very involved newsletter, complete with mission statement, strategic goals, bios and images.

The two most noticeable “things to improve on” would have to be the late start time, which I will touch on in a moment, and the catwalk for the models.  The catwalk was no more than 6 inches off the ground and about 3 feet shorter in length- compared to last year’s catwalk at the Ramada Grand Rios Hotel which was about 3 feet off the ground.  Still, the ladies were professional and the gowns… amazing!

Starting 2 hours late is a symptom of the current culture, not anything AGR caused or could have prevented.  Hindsight being 20/20, at this point the only way I believe AGR will be able to overcome this obstacle for their 3rd African Arts Festival is to incorporate a meet and greet for the patrons at the beginning, like a mini-social with a Dj and dancing, to give the crowd a chance to build up, while having the performers and vendors come in 1 to 2 hours later to set up during the social.

The improvements from last year are worth mentioning if for no other reason than to measure AGR’s progress.  The pros and cons discussed are to constructively encourage AGR, not destructively discourage them.  All in all this year’s Arts Festival was most definitely a step in the right direction!