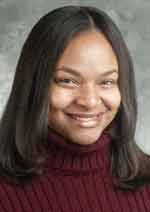 The most populous living generation, contrary to their moniker, are no longer babies. In fact, they are nearing retirement age. As these baby boomers age in typically suburban homes, they are starting to experience problems with mobility.

As we have written in the past, our auto-dependent development has trapped many aging people who can no longer safely drive, let alone afford to do so. A new report from Transportation for America examines the impending mobility issue for this retiring generation, stating that 15 million Americans 65 and older will have poor access to transit by 2015.

The report from Transportation for America, “Aging in Place, Stuck Without Options” focuses on the claim that people prefer to age in place, which presents an inherent problem for mobility in our sprawled communities. The report contains analysis and rankings of metropolitan areas across the country, including several in Minnesota. The Twin Cities ranked relatively well in the category of metropolitan areas with a population between one and three million, and other Minnesota communities demonstrated a range of transit access.

Nearly 50 percent of Twin Cities residents 65 to 79 years old will have poor access to transit by 2015. That percentage puts the region at 31st in the nation, in a category of 46 metropolitan areas. ‘Poor transit access’ differs by each population category, with smaller populations having lower transit requirements. The rest of Minnesota metropolitan areas fell into the population category of less than 250,000 people.

Of course, it’s the people living in the sprawling reaches of a region that face the biggest mobility problems and pose the greatest challenge for transit. People living in places that have an auto-dependent premise may soon find that their ideal suburban homes have become islands of isolation.

Not everyone supports the idea of increasing alternative modes of transportation for the elderly.  The CATO Institute’s Randal O’Toole, a notorious auto-oriented crusader, penned a piece arguing that transportation for baby boomers doesn’t matter. He provides two arguments to support this claim. The more legitimate argument is that transit shouldn’t be expanded to ‘every remote suburb,’ and instead its resources should be directed toward urban areas with higher ridership.

His less legitimate argument is revealed when he states, “Baby boomers have driven cars for almost their entire lives. Nearly all of them will keep driving until they are physically or mentally unable to do so. At that point, they are probably not going to be capable of walking the quarter mile to the nearest bus stop.”

O’Toole’s first argument contains a good point, but few have ever supported expanding transit to ‘every remote suburb.’ Instead, transportation alternatives in the form of ride sharing, dial-a-ride, and transit stops located in the primary commercial areas of suburbs all provide increased mobility for the elderly. His second argument falls apart easily, because walking and safely operating a two-ton automobile have drastically different skill requirements.

There are several lessons to learn and actions to take in limiting the mobility problem. One is a hard lesson about our unsustainable and short-sighted development patterns in the post-WWII era, which is neither easily nor efficiently served by transit. As our article on increasing low-income populations in suburbs points out, planners can create more town centers in suburban communities.

Whether these are vacated strip malls or already active commercial areas, denser mixed-use development in a focal center would allow for better transit service, better use of our exisiting infrastructure, and more energy efficient use of resources. Most importantly in light of this report, it would also allow the aging populations to stay in their communities, as they often wish to do.

Of course, smart growth paired with urban revival also makes cities an excellent place to move for a more affordable and diversely mobile life. Making all of our communities more accessible to aging populations carries benefits for all residents, which makes smarter community design a priority for Minnesota and America.