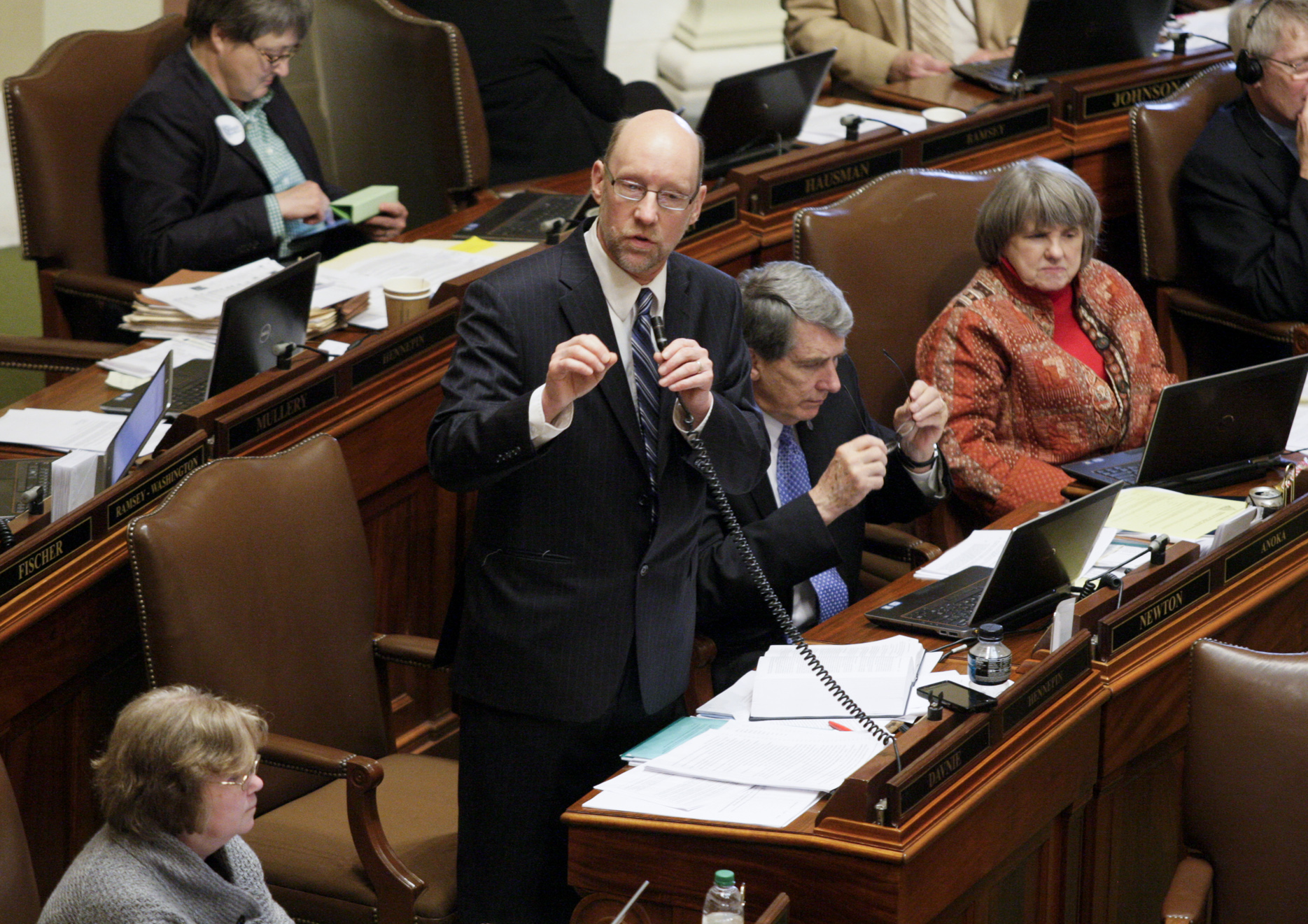 The House on Monday passed anti-bullying legislation that supporters say will put the state on the vanguard of a nationwide movement to make schools welcoming for all students.

After a four-hour debate, the House voted 72-57 to pass the proposed Safe and Supportive Minnesota Schools Act. The bill, HF826, would replace what is now one of the nation’s shortest and weakest anti-bullying laws, said its sponsor, Rep. Jim Davnie (DFL-Mpls). Instead, it would create “strong and comprehensive” school policies and give teachers the power and training they need to stop student-on-student bullying, he said.

Republicans called the bill vaguely worded, overly prescriptive, and an unfunded mandate that would erode local control. “There is not a single Minnesotan who would stand up and say that they think bullying is the right thing to do,” but a “top-down approach from St. Paul” is not the way to solve the problem, said Rep. Kelby Woodard (R-Belle Plaine).

Near the end of the debate, one lawmaker faced what she said was the elephant in the room: “If a student says homosexual behavior is a sin, is that going to be considered bullying?” asked Rep. Peggy Scott (R-Andover).

In schools, “the issue is time, place, and manner,” replied Davnie (pictured above; photo by Paul Battaglia), who said that such a comment would be “perfectly appropriate” during a civil debate in a social studies classroom. The same remark would be out of line, he continued, if the speaker were simultaneously shoving a classmate who has gay parents into a hallway locker. The bill is worded to provide specific assurance that it would not interfere with students’ First Amendment rights, he said.

Scott called the bill an attempt by the government “to control and shape the attitudes and values of our kids.”

Lawmakers proposed about 20 amendments to the bill during the floor debate, several of which were adopted.

Clocking in at 37 words, the current statute requires school districts to have a policy against bullying. The bill is more detailed. It defines bullying and would specifically prohibit it on the basis of sexual orientation, race and religion, among other characteristics. School districts would be required to adopt either a state model policy or a local policy that met certain criteria. They’d have to train staff and volunteers to spot and prevent bullying, name a point person in each building to handle complaints, and promptly investigate reports of bullying.

The bill now goes to the Senate, where Sen. D Scott Dibble (DFL-Mpls) sponsors its companion. That bill, SF783, is slated for a hearing on Tuesday in the E-12 Division of the Senate Finance Committee.