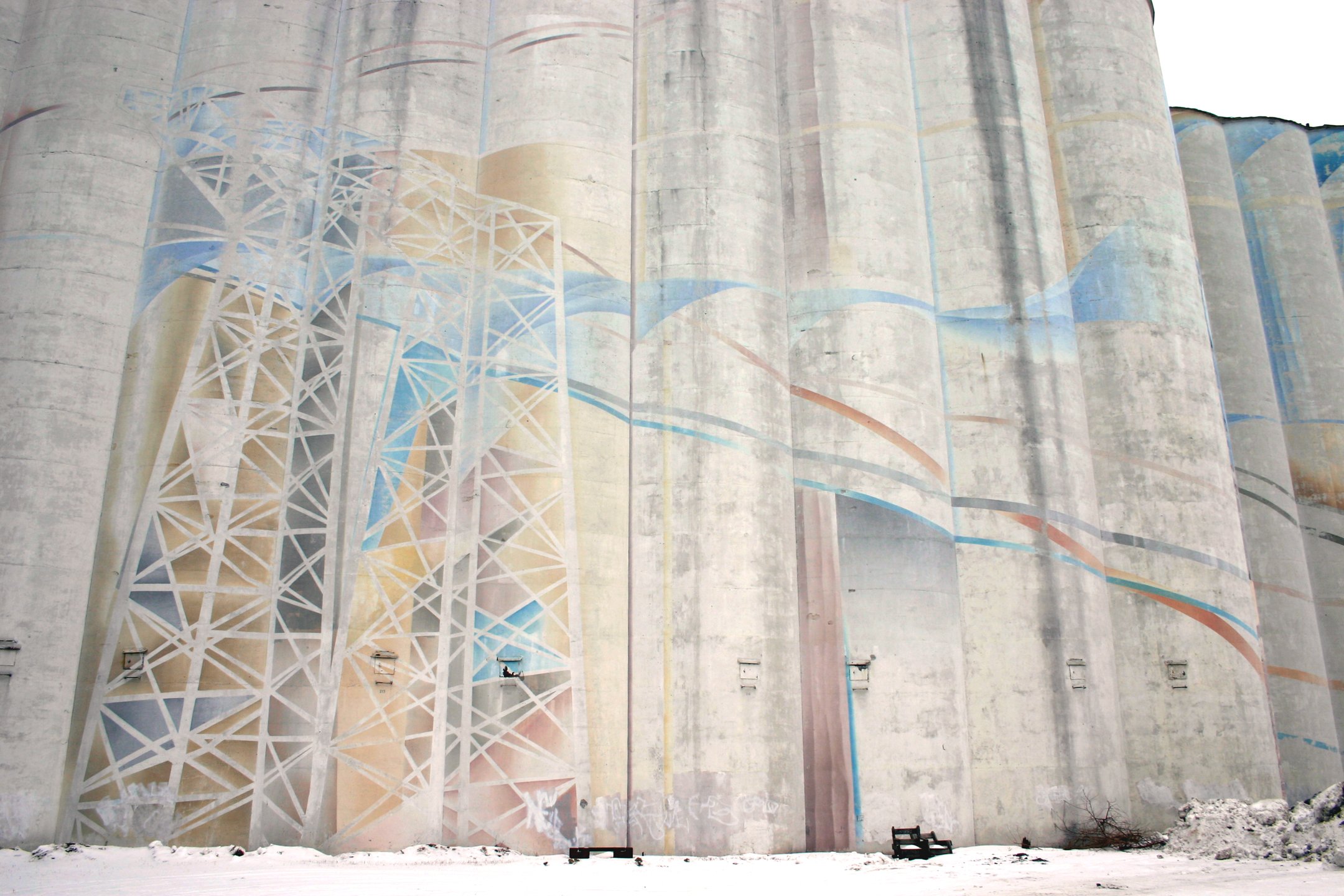 The shadow of a power grid is painted on the elevator. A very curious and patient observer might wait to find the exact date and time when the shadows match the mural. (Photos by Heidi Sontesby)

Public art is popping up all over the Standish and Ericsson neighborhoods—murals on buildings and utility boxes ,sculpture at Lake Hiawatha Park and Oaks Station Place, colorful windows at courageous heARTS on Cedar Ave. This spring, an outdoor art gallery will be installed in front of Roosevelt High School.

Twenty-two years ago, our community celebrated the completion of one of the most notable works of public art in the city of Minneapolis. Yet many people drive by it every day and have no idea of its significance. They may not even see it. The work of art is the mural painted on the Harvest State grain elevator, on the west side of Hiawatha Avenue, between 41st and 42nd streets.

The Minneapolis Arts Commission sponsored the “Hiawatha Avenue Mural” in 1990 as part of the city’s Art In Public Places Program. It covers 29,000 feet on the side of the elevator (a remarkable curving “canvas”). At the time, it was the largest work of public art commissioned by the city and one of the largest murals ever produced in the United States. The mural was intended to be a “gateway piece” for the communities of South Minneapolis.

Artist Sara Rotholz Weiner designed the mural to fit the state’s “Celebrate Minnesota 1990” Program. It features a column of historic scenes and images of the nighttime sky. Seemingly abstract lines radiate out from this column. They represent the shadows created by the elevator, surrounding buildings, and overhead guy wires as they move across the elevator’s surface. Rotholz Weiner wanted the mural to be “a perpetual time piece, registering moments and change throughout the year.”

Two billboard artists from the Naegele Outdoor Advertising Company, John Keltgen and Dale Hanson, began painting the mural in September 1991. They started on the left side of the elevator, working from top to bottom. An article in the June 1992 Longfellow/Nokomis Messenger described the painting process:
The first step was to create a line drawing from the artist’s design, reflect it on to paper with a projector, and then trace and perforate the lines with small holes. This sheet was then held against the surface of the elevators to trace a charcoal line through the holes, thus reproducing the line drawing. This line was retraced with a lumber crayon, then filled in with oil paint. The painters also used a flat rendering of the design to allow for an exact imitation of the original brush strokes created by the design artist. 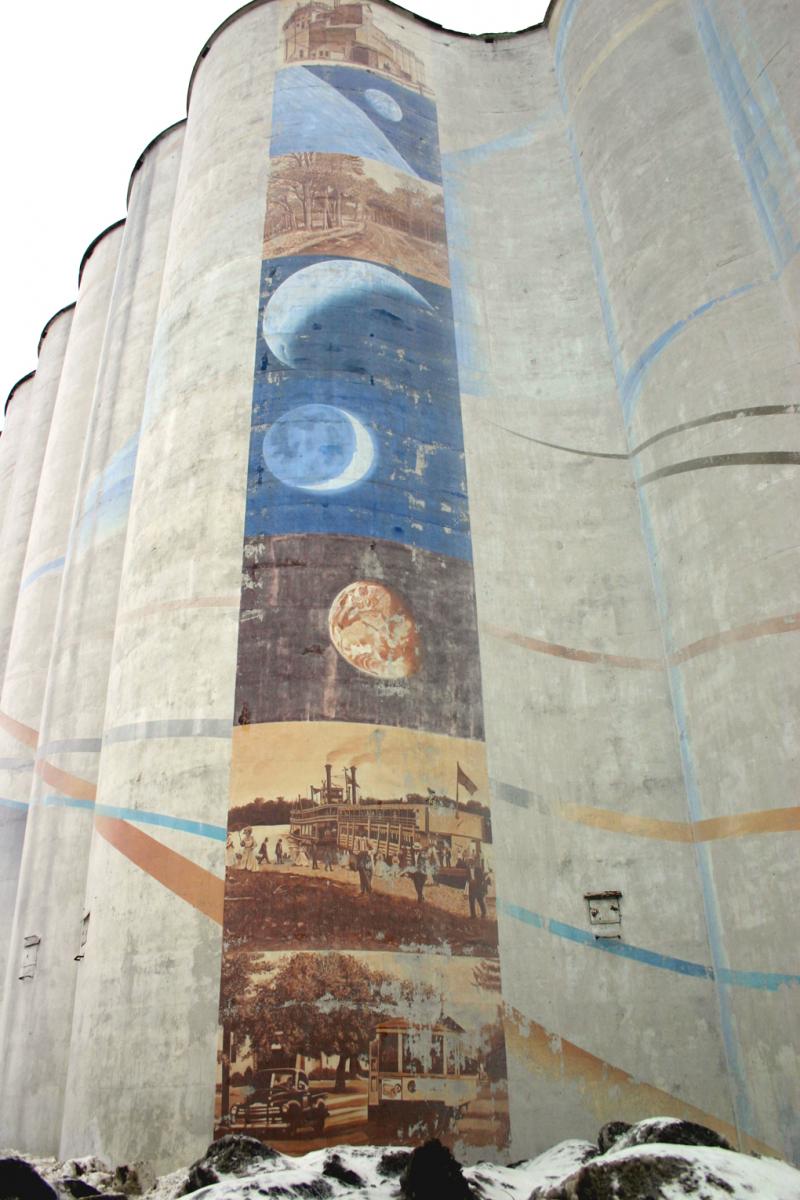 Passersby recognize the images of the earth and moon on the grain elevator, but the historical scenes are not so easy to see or identify. Starting at the top and going down, the scenes show an early grain elevator, a tree-lined road, a paddleboat with passengers disembarking, and a 1940s automobile alongside a streetcar.

The completed mural was dedicated at a community celebration on June 7, 1992. The ceremony included a Dixieland band, dancing puppeteers, refreshments, and speeches by various officials.

A few weeks ago, I trudged through the snow behind McDonald’s and Wash Me car wash to get a closeup view of the Hiawatha Avenue Mural. Much of the paint is faded and chipped. The inscription dedicating the mural to the Corcoran, Hiawatha, Longfellow, Nokomis, and Standish communities is obscured by a rusty chain link fence. I’ve lived in the neighborhood for 22 years. I wish I had opened my eyes to the mural years ago.