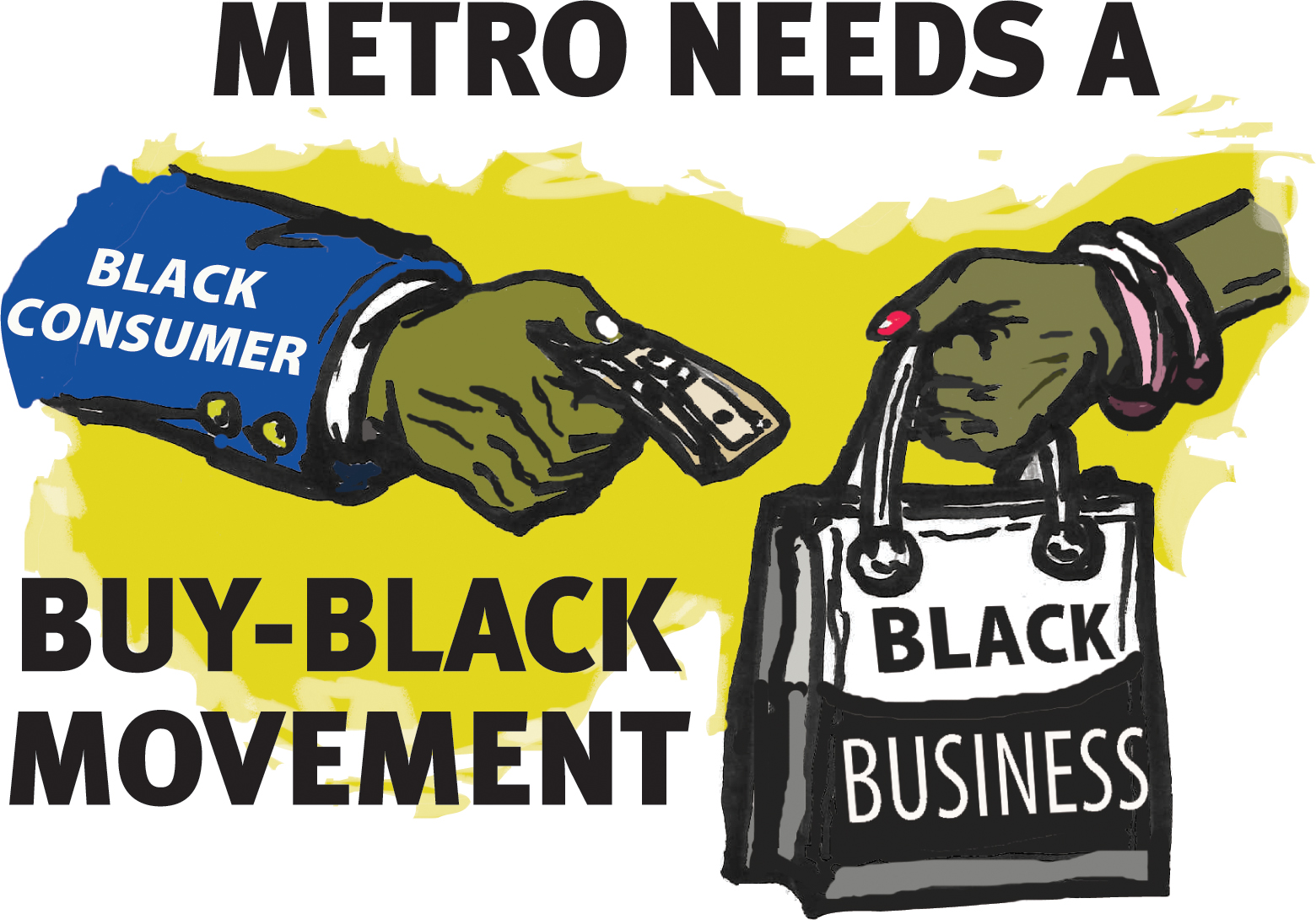 According to a 2011 Nielsen consumers report, the U.S. Black population’s collective buying power is projected to be $1.1 trillion by 2015. Many community members, hearing that at least $4 billion is spent annually just by Black Minnesotans, are wondering aloud why economic inequalities in the Black community persist. The answer, some say, is in how and where Blacks are spending that money.

The report also found that Black households make more shopping trips annually than any other group — they spend more on basic food ingredients and beverages, fragrance and personal health, and beauty products.

“This money goes one way — out of our pockets into someone else’s pocket,” says local resident Anthony Newby.

“How can we [as Blacks] use that money to contribute to savings, to investment — to create our own banks?” asks Tasha Byers, a member of the African American Leadership Forum.

Shawn V.T. Pearce of the Fellowship of Reconciliation, an interfaith organization, points out that with such buying power, “I really encourage people to ‘Think Black, Shop Black.’”

Levy-Pounds further explained in an interview with the MSR last week that a “Buy Black” campaign must be “intentional about supporting Black-owned businesses within the Twin Cities. That would yield an increase in employment opportunities for African Americans because Black-owned and other minority-owned businesses are more likely to hire people of color. That could help to close some of the employment disparities that our community is experiencing.”

Lack of access to capital “is considered one of the biggest, if not the biggest, barriers to prosperity for Black business owners in Minnesota,” believes Levy-Pounds.

“I didn’t have a lot of capital, but I knew someone who did,” admits Roxanne Anderson, who co-owns Café Southside in South Minneapolis. She and Duane Johnson, co-founder of Tuloko, a website that allows users to locate and review Black-owned businesses nationwide, were panelists at the March event.

Currently studying for a master’s degree in public policy and an MBA at the University of Minnesota, Johnson says there is a need for more Black entrepreneurs. “Entrepreneurship drives economic innovation in this country,” he believes.

Why don’t more Blacks support local Black-owned businesses? Levy-Pounds answers, “We don’t often make the connection between how the money that we spend will play a role in either contributing to the prosperity of our community or further depleting the resources in our community. I think most of us are not educated about those issues, so we’ve been taught to look for the best bargains.”

As a result, she says educating the community on how to better spend its dollars with Black-owned businesses is needed. “That dollar can continue to circulate around the community numerous times, and there are positive economic effects once that happens,” adds Levy-Pounds.

“I think that is one of the ways in which we begin to develop true economic power for our community,” she explains. However, she warns, “You got to educate your consumer base and give them the rationale why we should do this.”

Members of the Black community “have more power than we think we do,” says Levy-Pounds, who wants Black-owned businesses “to work together to increase their buying power, which I have seen in other communities of color.”

The MBCC “works to advocate for these small businesses and medium-size businesses, especially businesses of color. We have done a lot of things to try and attract businesses to…join the Chamber, be a part of the Chamber, and help it grow,” says its president, who adds that “less than one percent” of the state’s Black-owned businesses are members.

“Statistically, we are the largest minority group of business owners in the State of Minnesota, about 12,000-plus,” continues Hargett. She also notes that “less than one percent” of Black businesses make at least $1 million annually.

“Even if we do increase our buying power, we still are going to have issues with lending institutions and government contracting,” says Levy-Pounds. “We have to be pro-active in holding the powers that be and the decision-makers accountable for making the changes that are necessary for us to have equal access to opportunity within our community.”