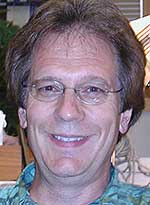 Psychologist Bruce Kohlhase, 55, knows what it’s like to be a teen under stress. When he was a teenager, his father, grandparent and classmate died. His mother had a stroke and his cousin committed suicide – all within a few years. Kohlhase says his early experiences with stress encouraged him to counsel teenagers. He sat down to talk with Reporter Daysha Patterson about the types of stress teens experience and how they can deal with it.

What causes teens stress these days?

It’s everything from guns to the variety of drugs to sexually transmitted diseases – some of which are permanent and potentially lethal. Those are stressors that all teens are feeling. Most of those things are more intense than they were 20 or 30 years ago.


Who do you think experiences more stress, females or males?

I’m not sure one is under more stress or less stress. It’s more … that the stress manifests in slightly different ways. Guys will tend to act up in say a little more aggressive ways; it might be more destructive in an outward way. Women, in general, it’s often more emotionally internalized. They take things out on themselves or take risks that are hard on them. They both have the same challenges going on of wanting to fit in and belong.

Do you think teen stress has gotten worse over the years?

Yeah, I think that it has. For adults in my generation I think it’s easy for them to assume, ‘well it’s the same stressors I was dealing with’ in their own teen years. The challenges teens are dealing with, I think the consequences are greater.

Do you think teens who are stressed are more likely to turn to illegal substances?

I think it increases the odds both in turning to substances or kind of going further with either the quantity or the variety that they’ll use. It’s one of the coping mechanisms … But the person who’s under more stress, more uncertainty, more insecurity is probably at risk for going more overboard.

Why do you think that is?

It’s … based on the temperament and character of the person and maybe what’s been role modeled in their lives. During the teen years the goal is to be shifting away from the world of their parents and immediate family and building more connections out in the world with friends. If the person is stressed, insecure, or uncertain, they’re a little more likely to go to extremes.

Out of all the adolescents you have met and worked with, has the reason why they’re stressed changed?

In the earlier years of my work I think kids were talking more and more about struggles within their own families … that had a lot to do with why were stressed or depressed. Now … there’s more awareness of the greater world around them. It’s harder for the kids that I’m seeing and the teens that I’m seeing.

It’s easier for them to slip into a negative future, and not just the immediate world of their family or even a few struggles with friends. They also have in their social network of people more dramatically negative things that have happened.

On a real personal level the things that happened in my youth … there were certainly some people who made a big difference in my life. There’s a good feeling of being able to pass that on in my life … There’s something fascinating about youth; they get to be the conscience of the society in a sense . . . It’s time for a segment of the society that can think critically and in an almost idealistic way.