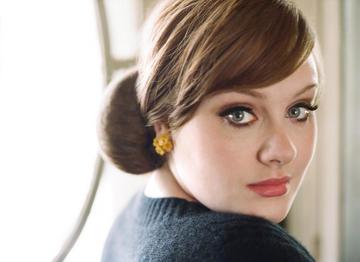 Wednesday night’s Xcel Center was packed to the brim with those eager to hear two vocal legends. One was Wanda Jackson, the First Lady of Rockabilly who’s in the midst of a resurgence. The other was Adele, a fresh-faced performer whose career has exploded recently on the strength of music inspired by some of the past century’s legendary singers.

Opener Jackson delivered a set that spanned her staggering 50-plus-year career and involved lots of yodeling, sequins, lassoing gestures, and even a legitimate “senior moment” when she stopped in the middle of a sentence and admitted that she had no idea where she “was going with that.” Highlights included talk of her first tour (with a guy named Elvis, ever heard of him?), “Shaking All Over” from her newest, Jack-White-produced album, and a bluesy Amy Winehouse cover/tribute (“I’m No Good”).

Adele’s set was simple, with the only props being old-fashioned lampshades hanging from the ceiling and a bit of smoke. This, along with her big retro hair and the synchronized back-up singer/dancers, gave it a ‘60s jazz club vibe that was perfect for her sound. “I know this isn’t quite the same, but I’m gonna make you feel like we’re at First Avenue,” she promised, referring to her cancelled May show at the smaller Minneapolis venue.

Her song selection definitely helped with the intimacy of the show as well. Adele has mastered the layering of slow, emotional ballads with upbeat foot-stompers. Her specialty, the sad songs (and you know she has a few), were stripped down with the singer perched on a stool, a pianist, and a spotlight. In true crooner fashion, Adele belted out “Take It All” and “Love Song” with no need for tricks or gimmicks. She could, and probably did, make a four-year-old cry about a heartbreak they’d not yet had. The faster, dance-able songs like “I’ll Be Waiting” and “Right As Rain” had a full band with huge sounds, but were still very piano-centric.

Several times during the show, Adele asked the light technician to pump the brights so she could see and speak to her fans. Her report with the audience was very playful and I kept thinking, “Man, she’s just so…giggly!” It’s always surprising to run into a huge star who doesn’t seem to notice exactly how important he or she has become. Instead of being proud and cocky about her chart-topping sophomore album 21, Adele instead seemed merely thrilled. Perhaps it’s her young age (23) and a bit of naiveté, but the fame monster doesn’t seem to have captured her quite yet.

The last half hour of the show proved to be overflowing with meaningful material for Adele. She followed her first big hit “Chasing Pavements” with a chilling rendition of her “favorite song evah,” Bonnie Raitt’s “I Can’t Make You Love Me.” As the last song of her set, Adele dedicated Bob Dylan’s “Make You Feel My Love” to her late friend Amy Winehouse, a fellow soulful songstress whom Adele is often compared to. After a short exit and deafening applause, Adele reappeared for a short encore consisting of her two biggest hits from 21. She described “Someone Like You,” which she cowrote with Minneapolis-based Semisonic frontman Dan Wilson, as her favorite of her own songs and one which she hopes to be remembered for. Her biggest hit to date, “Rolling in the Deep,” was the final number, to no one’s surprise, and although her voice seemed tired and a bit strained toward the end, she pulled off the tune with huge enthusiasm and got an overwhelmingly positive crowd response.

Adele went far beyond being a crowd pleaser and ventured into my running for the best live vocalist I’ve ever seen. Skill-wise, even a non-fan would have to be impressed with her powerfully (almost) unfaltering sound and the complete mastery of her quickly growing repertoire.