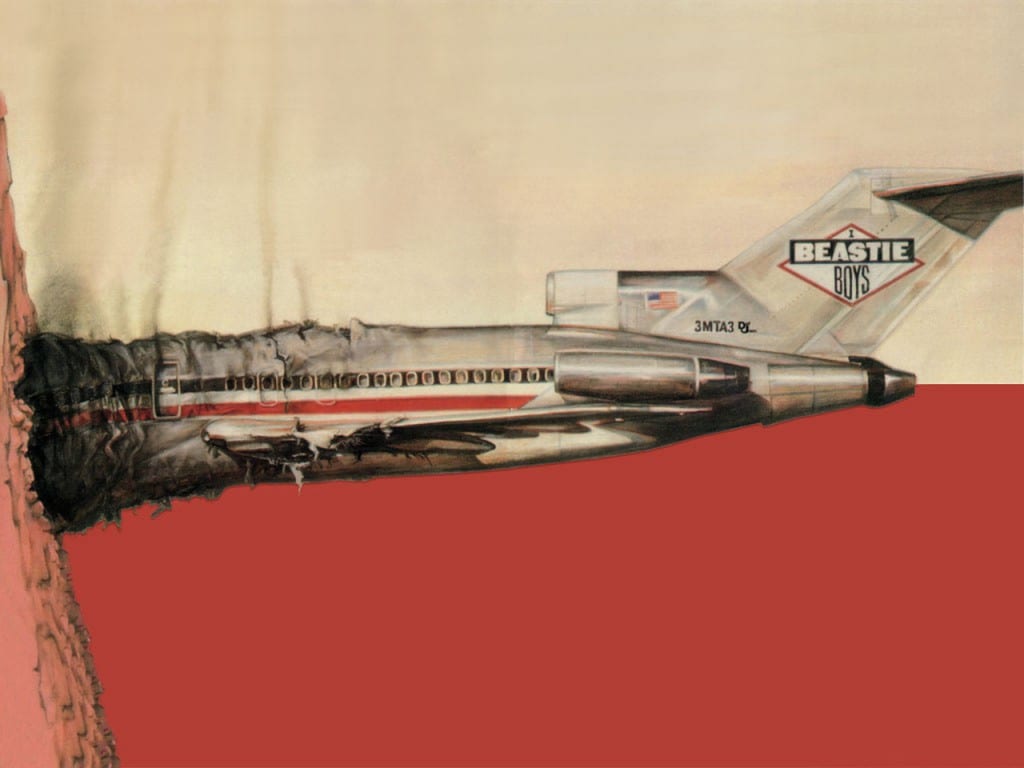 I don’t remember the day I bought Licensed to Ill. I don’t remember the specific mechanics behind my acquisition of what, if I think logically about it, was and still is the most important album I have ever owned. I find that odd since I remember where and when I acquired other albums that became, like this one, as important to me as breathing—but when you’re ten years old you don’t think to store the specifics of such things in your memory bank for posterity.

I only remember hearing “(You Gotta) Fight for Your Right (To Party)” about a million times on the radio (I once called KDWB and requested it. The woman who answered sung the chorus back to me before she thanked me and hung up) and begging my parents—specifically my mom—to buy me the cassette. I somehow convinced her to do so after failing to convince her to buy me Run-D.M.C.’s Raising Hell a few months earlier. I simply had it one day, and one day not long after that I knew every single word to every single song—something that is still true in regard to LTI today. As a ten-year-old I maybe shouldn’t have been in possession of Licensed to Ill but my parents were only familiar with “Fight for Your Right” (which seemed one-hit wonderish at the time), and they couldn’t really understand a lot of the lyrics, plus my mom thought Ad-Rock’s voice was annoying. I imagine my parents probably just tuned it out most of the time when my younger brother and I would play it on the living room stereo and sing along to “Paul Revere” or “Hold It, Now Hit It”.

My parents were protective of what we listened to (the next year I was barred from purchasing Appetite for Destruction with my Christmas money), but this album slipped through the cracks somehow; they never would have let me listen to it again had they ever discerned the “beer drinkin’, breath stinkin’, sniffing glue” line in “Hold It, Now Hit It” among the many other lyrics that would have almost literally set my mother’s already ginger hair aflame. It was a serendipitous convergence of circumstances that, in a very significant manner, made me approach and consume music in a completely different way than I had before. I have considered and discussed many albums as “life-changing” over the years, but LTI is possibly the only one about which I was telling the truth when I said it.

Licensed to Ill was the first album I ever owned. Before it, I had only heard songs on the radio and listened to LPs that my parents had acquired – mostly before I was born. The concept that every band I heard on the radio also had an entire album full of songs to go along with the one I was hearing was somehow lost on me. LTI changed all of that. After it, I only wanted to own the album. No more holding a boom box up to my clock radio to record songs I liked, missing the first few seconds of each one and getting the DJ’s voice on half of them at the end. I needed the “real” songs from then on and would accept nothing less. That was the first impact the Beastie Boys had on me: even though these songs were a joke (and even as a 10-year-old I somehow understood that these songs were, in fact, all a joke, though I wouldn’t understand how large a joke they were until years later), I gathered from the 44 minutes of heavy metal riffs, funk samples and lyrics that painted these three as skateboarding, womanizing, drunken lunkheads that music could be anything you wanted it to be. This was promoted as a rap album and truly is a rap album (and a landmark one at that) but it has as much in common with the Guns ‘N Roses album that was banned from my house as it does with Bigger and Deffer.

Licensed to Ill was a joke for the Beastie Boys’ friends that accidentally facilitated a sea change in music as a whole. When sampling first became a controversy, this album along with it’s equally landmark follow-up Paul’s Boutique were most often cited as the main offenders. Such was the fuss that current pressings of this album cite the members of Black Sabbath on “Rhymin’ & Stealin’” as co-writers of the song (that guitar riff is from “Sweet Leaf”), credits that do not appear on the original pressings. Now, because of them, sampling is both commonplace and lucrative for the artist being sampled. This was not so at first—see what I mean about sea change?

It facilitated a change in me as well. Had this album not been purchased, and then it’s contents largely ignored by my parents, I likely would not love music the way I do today and almost certainly would not write about it on a daily basis. This is not an overstatement. Licensed to Ill irreversibly changed the course of my life. It’s rapping-over-heavy-metal construction made me seek out the songs they had sampled (and find the band that dude who played on “No Sleep Till Brooklyn” was in, though Slayer initially scared the bejesus out of me.) and as I did that, I started to take a walk that I am still on 26 years later.

When Adam Yauch died, I queued LTI up on my iPod and memories from my childhood came flooding back. The time my brother and I lip-synched “Paul Revere” for Christmas guests, my grandmother exclaiming “I didn’t understand a word of that!” when we were done. My mom once asking “Are they saying ‘monkey paws’?” while I was listening to “Funky Boss” from Check Your Head when I was in high school. I got much more upset than I thought I would (especially since I had just listened to Paul’s without so much as a misty eye) but it was because of what this album represents in my life. It was my entrance into being a music geek even though I didn’t know it then. The discovery of the 3M TA3 on the plane’s tail on the cover, the resemblance the plane had to an extinguished cigarette (it wouldn’t occur to me that it was supposed to look like a joint until I was in college), these are things I enjoyed figuring out, things that music geeks enjoy doing. Though I don’t listen to it as frequently as the others—I prefer Paul’s Boutique and Check Your Head in the grand scheme—I’m thankful every day for this album’s mere existence. It changed who I was; is partly responsible for who I am.

MCA was one third of the most important band ever in relation to my life and what has happened in it. I have purchased Licensed to Ill on roughly six separate occasions in 26 years. To say I was saddened by his loss is a mammoth understatement. In the years hence, MCA when from faux-angel dust using meathead to an utterly beautiful human being who worked hard at making lives that were much more difficult than his easier in any way that he could. He left an indelible mark on music and one on society as well. He was a model of how to live as a respectful, peaceful person and the world would be a better place if we followed his lead. As it stands, the world is a little less bright without him in it but I will take what I learned from him—all of it—in the last 26 years and try to replace some of the light he took with him. A difficult task, but I owe him.

To read The Beastie Boys statement on Yauch, click here.