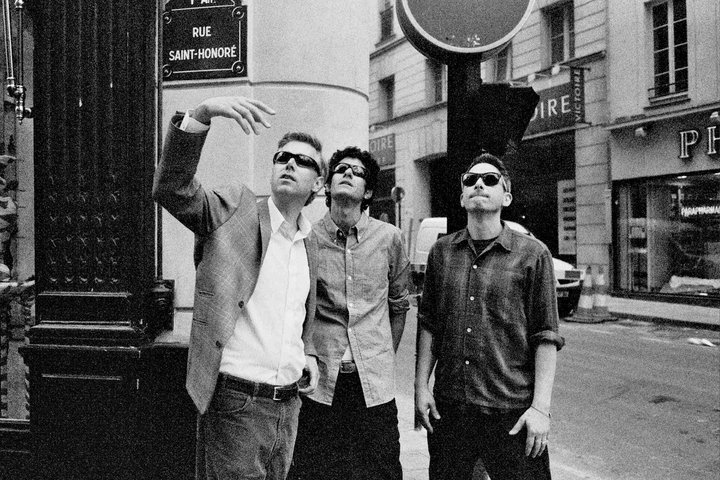 Adam Yauch, a.k.a. MCA, a founding member of the pioneering hip-hop group the Beastie Boys, died on May 4 after a long battle with cancer. In the wake of Yauch’s death, I asked our arts contributors to share their Beastie Boys memories.

Becky Lang: “The Beastie Boys first blew my mind when we listened to ‘Intergalactic’ during a free rollerblading exercise in sixth-grade gym class. Inspired by the amazing song, I learned to rollerblade backward that day.”

Chrissy Stockton: “‘No Sleep Till Brooklyn’ gave me second wind during a lot of all-nighters.”

Bobby Kahn: “The first real concert I went to was the Beastie Boys on the Hello Nasty tour at Target Center in ’98. It’s still one of the best shows I’ve ever seen. They had a rotating stage, and even though we were sitting in the upper deck, we could feel the intense energy they brought. They were also idolized by just about every boy at the Jewish camp I went to, a camp that Bob Dylan went to before he was called Bob Dylan.”

Jeff Rutherford: “Licensed To Ill was the first cassette I bought with my own money. I listened to it so much that the tape wore out and broke. I had a chance to see them live at the 1994 Lollapalooza tour.”

Mandy Dwyer: “I grew up with a group of summer camp kids who were very much into the Beastie Boys, which is how I first discovered them. Many a talent show featured lip-synched renditions of songs that were ‘censored’ by whomever’s job it was to turn down the sound on the tape deck at crucial moments. This grew into days off as staff with long drives packed into rickety vehicles, Beasties blasting, sending home younger kids at the end of the summer with a new appreciation for the trio and, perhaps most notable for me, actually falling asleep in the back of a station wagon during a road trip to NYC while ‘No Sleep Till Brooklyn’ played.”

Sarah Harper: “To the 5 Boroughs was the CD I checked out from the library most frequently between 2005 and 2010.”

Lisa Olson: “The first time I ever heard of the Beastie Boys was on the bus to 4H camp in the early 90s. The coolest girl at camp had the coolest stack of CDs on the bus, which she played quietly lest they be taken away. I heard little pieces that way but it wasn’t until the video for ‘Intergalactic’ that I realized how awesome they were. And then I was heavily emotionally invested in the fact that the video stay on TRL for as long as possible.”