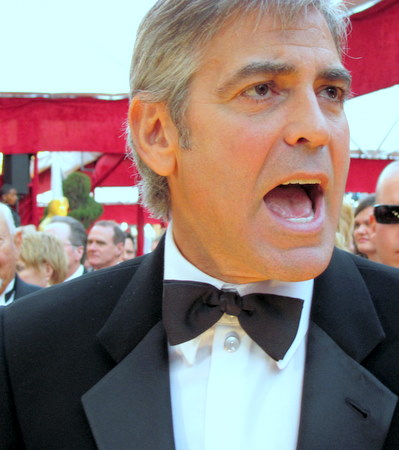 The Academy of Television Arts and Sciences announced today that it has selected George Clooney to be the recipient of the Bob Hope Humanitarian Award. The award will be presented—for the first time in six years—to Clooney on Sunday, August 29 at the Nokia Theatre in Los Angeles during the live Primetime Emmy Awards telecast on NBC.

The Bob Hope Humanitarian Award is presented to an individual in the telecommunications industry whose humanitarian work has brought credit to the industry and whose deeds and actions have a lasting impact on society, the Academy said.

Since its establishment in 2002, only three other honorees have been selected to receive this prestigious award—Oprah Winfrey was the inaugural recipient in 2002, followed by Bill Cosby in 2003 and Danny Thomas in 2004 (presented posthumously and accepted by his daughter, actress Marlo Thomas).

Clooney’s determined commitment and efforts to increase awareness of human rights issues and spark constructive response to international crises make him a worthy recipient for the Bob Hope Humanitarian Award, said the Academy.

The Academy cited his advocacy to stop genocide in Darfur and his subsequent founding of Not On Our Watch with Brad Pitt, Matt Damon, Don Cheadle, and Jerry Weintraub to focus global attention and resources on preventing mass atrocities as examples of Clooney’s humanitarian efforts.

Clooney also quickly mobilized the entertainment industry in 2001 for the television special America: A Tribute to Heroes in the wake of 9/11, Tsunami Aid: A Concert of Hope in 2005, A Shelter From the Storm: A Concert for the Gulf Coast following the devastation of Hurricane Katrina, and most recently, the Hope For Haiti Now telethon.

Previously, Clooney has been honored with the 2007 Peace Summit Award by the Eighth World Summit of Nobel Peace Prize Laureates, and in 2008, he was designated a United Nations Messenger of Peace, to serve as an advocate on behalf of the U.N. and its peacekeeping efforts.

“George was an obvious choice for this honor,” said John Shaffner, Chairman and CEO of the Academy of Television Arts and Sciences, in a press release. “He has understood and harnessed the power of television, the most powerful medium of our time, to reach into the hearts of people around the world and compelled us to action on behalf of those in sudden and desperate need as well those tragically oppressed in Darfur.”

The Television Academy Board of Governors established the Bob Hope Humanitarian Award in 2002, as a tribute to the iconic career and life of Bob Hope. For more than fifty years, Hope pioneered contributions to the radio and television industries, both as family mediums and as platforms for sociopolitical commentary and humanitarian causes, said the Academy.

Hope may be best best known for his many USO trips to entertain those serving abroad. The Award represents one of the highest honors presented by the Board of Governors of the Television Academy.

The Academy of Television Arts & Sciences, founded in 1946 at the birth of the medium, is a non-profit organization devoted to the advancement of telecommunication arts, sciences and creative leadership and produces the Primetime Emmy® Awards.

“Like my own father, George [Clooney] is a person who looks beyond himself to use his celebrity for good, to make a difference in the world, and to inspire others to do the same,” commented Linda Hope.

Daily Planet reporter Lindsay Teed captured the fun side of Clooney as he walked the Red Carpet at the 82nd Academy Awards in Hollywood. “He flashed us a glimpse of his flask, apparently his Oscar secret,” she said. 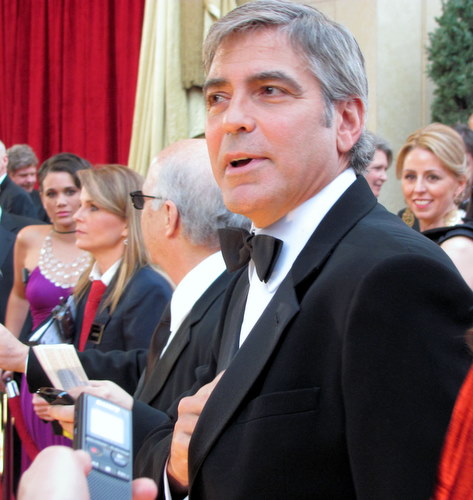