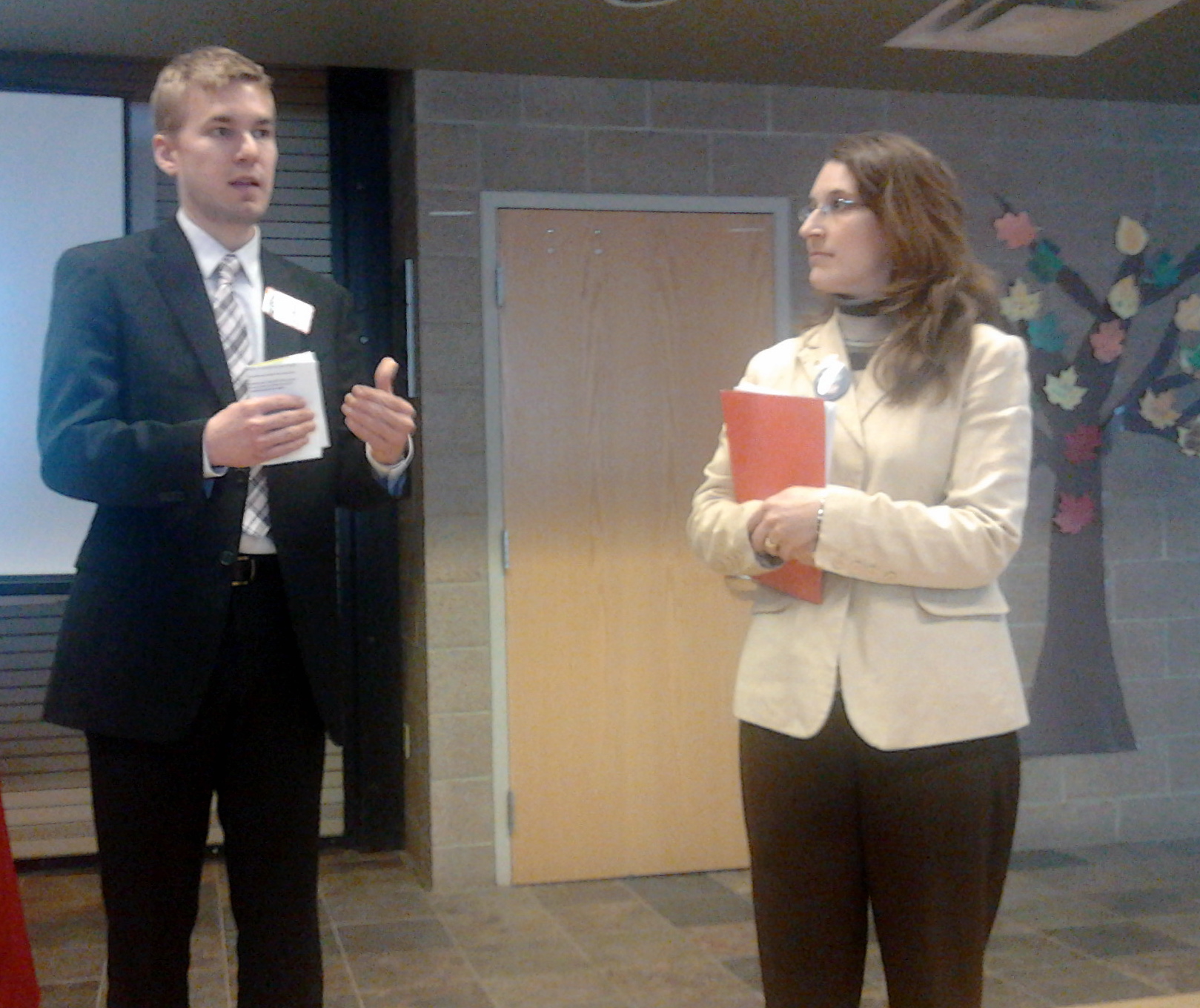 Should teacher seniority or teacher effectiveness be the primary consideration when deciding to layoff teachers? That was the central debate at a recent “Our Cities, Our Schools” community forum hosted by AchieveMpls at Hope Community Center on February 29. Mary Cathryn Ricker, President of the St. Paul Federation of Teachers, and Nicholas Banovetz, Public Affairs Manager for MinnCAN laid out two opposing viewpoints, and attendees discussed the different sides of the issue at the event.

Clearly influencing the debate was the new anti-tenure bill passed in the Minnesota legislature that would make teacher effectiveness, not seniority the greatest consideration in layoff decisions. While Rebecca Noecker, who facilitated the forum, requested that the discussion stick to policy, the possible ramifications of the law, should the governor sign it, influenced both the speakers and the community discussion afterward.

Banovetz asserted in his speech that “teachers are the most important in-school factor for success,” and that many inexperienced teachers are highly effective, and experience does not always translate to effectiveness.

MinnCAN doesn’t want to abandon seniority, Banovetz said, the organization just want to make teacher performance the primary consideration in layoffs, as opposed to seniority. He said the proposed new law, which has passed in different versions in the state house and senate, would take effect three years after the new teacher evaluation system is in place, which would allow teachers and schools time to get used to the new system.

Ricker, who is a co-chair in the statewide teacher evaluation task force, counterpointed that using layoffs as a teacher quality tool is “late and lazy,” she said. Rather, teacher evaluations should be “year-long, career-long.”

In a small group discussion, Dane Smith, from Growth and Justice, said that he was torn between being distrustful of the new legislation, which he says draws language right out of ALEC, while at the same time recognizing that clearly there is a disconnect between the union leadership and various groups fighting for civil rights, such as the African American Leadership Forum. Smith also wondered how much of a difference the new legislation would make on impacting the quality of teachers. Ricker responded that she felt that the law would pave the way for teachers being fired for political reasons.

Tom Holman, a board member of the St. Paul Public Schools Foundation, also questioned how much of a difference there would be if the new law ends up being signed by the governor, wondering how many tenured teachers would actually get fired. Peggy Clark, a parent advocate, said she believed the law would ultimately result in a large change. In past years, she said, MPS has laid off 600 teachers at the end of the school year, rehiring 500 at the beginning of the next.

Kerry Felder, a Sunday school teacher and North Minneapolis organizer, said she believed that the new law would deter good new teachers from entering the profession. Tim Lee, from MinnCAN, believed that policy should focus on quality, and Marika Pfefferkorn, from Achieve Minneapolis, said it was important to take a look at what “good teachers” means, and that not all teachers are good for every situation.