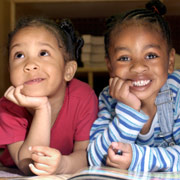 Education achievement gaps across races and economic strata are a problem throughout the country and, despite a high overall education ranking, Minnesota is no exception.

Minnesota ranks 38th out of 44 states for our black-white achievement in fourth-grade math and 37th out of 45 states in reading, according to the National Center for Education Statistics.

Since 2006, the achievement gap has increased by 10 percentage points in high school math between white and Hispanic students and between white and black students on the annual state test. Even if our state demographics were to remain static over the next 30 years, these statistics would be devastating for non-white students.

According to the Minnesota State Demographic Center, “By 2035, 44 percent of Hennepin County residents and 48 percent of Ramsey County residents will be people of color. In the suburbs, the non-white population will double by that time.” Currently, minorities make up 17 percent of Minnesota’s population but 30 percent of its preschool-age ranks, according to U.S. Census Bureau estimates. This is a most crucial point as it demonstrates the changing demographics of Minnesota’s early childhood education students.

Minority students, especially at young ages, are becoming the majority. According to the Census, in Ramsey, Mahnomen, and Nobles Counties, minorities now make up more than half of the under age 5 population. In light of these changing demographics, the current statistics of Minnesotan kindergarten readiness are sobering: 58 percent of white children were found to be ready for kindergarten, compared with 40 percent of black children and 32 percent of Hispanic children.

“The research is clear,” says Education Minnesota President Tom Dooher. “All children benefit from high-quality early childhood education, but the greatest long-term benefits are for students from disadvantaged backgrounds. As the demographics of our state changes, we have more students who need that extra attention. That’s one reason why Education Minnesota has been pushing for years for the funding to expand access to free early-childhood education through local school districts for children living in poverty throughout the state.”

Dooher went on to say that “another benefit of this kind of early childhood education is for the parents of those students living in poverty. Many of these parents work outside the home and having a safe place for their children to spend the day means less stress and lowers their cost of day care.”

The good news is that Minnesota won $45 million in federal grant money in 2011 through the competitive Race to the Top program. Of that amount, $20 million is targeted to high-poverty areas in Minneapolis, St. Paul, Itasca County and on the White Earth Reservation, according to MinnCAN. Additionally, one of MinnCAN’s 2011 reforms included expanding Minnesota families’ access to high-quality preschool through a new statewide rating system and $4 million in early childhood education scholarships for low-income students. This is all a good start, but Minnesota has a lot to consider across several sectors when taking on the task of closing achievement gaps with a changing demographic.

Close attention should be paid to the programs put in place over the next several years. They should be studied longitudinally to assess not only the immediate impact, but the efficacy of the efforts to close the achievement gap as those early childhood students get older.
Is there a fade out of the progress or does it truly last, making for a more universal post-secondary readiness of all students in Minnesota? Additionally, schools will need to be aware of the changing cultural populations of students and tailor early education so that all children receive a culturally sensitive and comprehensive education.

Finally, it is important to remember that education is not limited to schools; other sectors need to be involved in making early childhood education a success for all students. The availability of healthy food, safe, non-toxic homes, and transportation all contribute to the success of early childhood education students, as does the availability of job opportunities and resources for the parents of these children.