Lindsay Teed with a floral arrangement at the site of the Governors Ball. Photos by Barb Teed.

HOLLYWOOD, CALIFORNIA—On Saturday my daughter Lindsay and I were given a private tour of the space where the Governors Ball will be held for Academy Awards ceremony attendees on Sunday night. The Governors Ball is the official celebration sponsored by the Academy of Motion Picture Arts and Sciences. Touring the venue felt “like a royal event,” says Lindsay.

The theme of this year’s ball is late 1930s “Streamline Moderne,” with a contemporary edge. The wait staff, décor, and decorations are in line with that era. This year’s Governors Ball will allow guests to enjoy a “nostalgic journey through Hollywood Art Nouveau.”

The normally empty space on the top floor of the Hollywood and Highland center is completely converted to a venue for the Ball. The award ceremony is held at the Kodak Theater located in the same complex.

The design was inspired by artists such as Paul Williams and Dorothy Draper. Williams’s Saks Fifth Avenue ceiling treatments revolutionized the use of indirect lighting. Draper is best known for hotel décor.

The ceiling features beaded fiber-optic chandeliers. This ceiling treatment will also serve to gently focus the room’s attention onto the equally magnificent raised promenade stage and its grand spiral staircase, according to the Academy.

Lindsay liked the table settings and the crystals that were suspended from the ceiling, catching the light. I enjoyed the grand staircase and envisioned stars of long ago descending the steps.

We were shown the new Oscar Stamping Station where Academy Award winners can get their statuette personalized with engraved nameplates while they sip a cocktail at the Station’s bar. The Academy created 197 nameplates, one for each 2009 nominee in every category. The engraving will include the nominee’s name, category, film title and year. Previously, Academy Award winners brought their Oscars to the Academy in the weeks following the ceremony, at which time the nameplates—engraved only after the winners were announced—were affixed to the statuettes.

Boxes of still photos from the nominated categories are given to the guests as mementos. The theme of the Governor’s Ball changes from year to year. 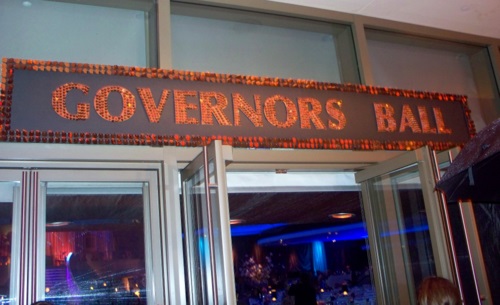 (Above) The entrance to the 82nd Academy Awards Governors Ball. 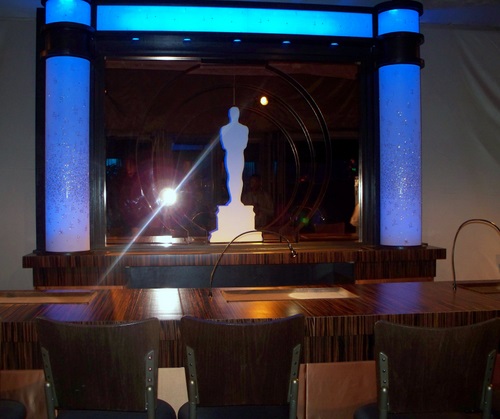 (Above) New this year is the Oscar Stamping Station where Academy Award winners can get their statuette personalized with engraved nameplates while they sip a cocktail at the Station’s bar. 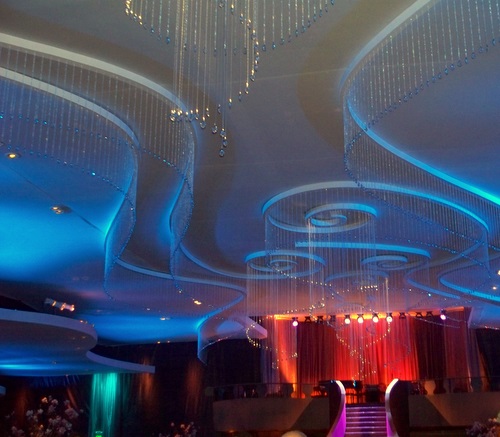 (Above) The grand staircase and ceiling of the Governors Ball. 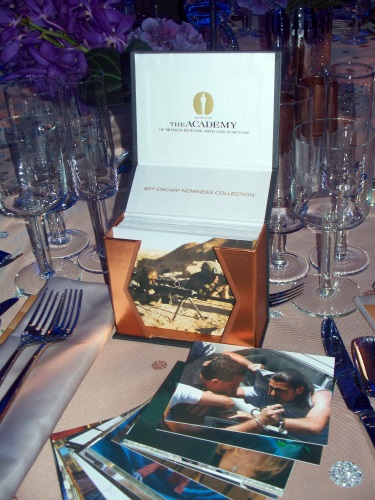 (Above) Governors Ball guests receive a box of photos from the nominated categories. 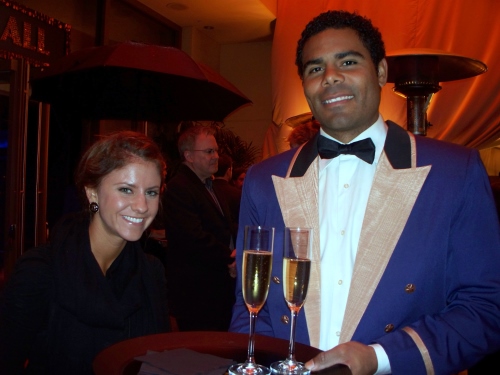 (Above) Lindsay with a member of the Governors Ball wait staff. All the uniforms were designed specifically for the Ball. The Ball has a 1930s theme. 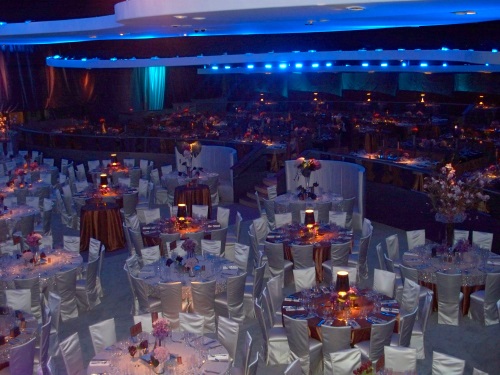 (Above) View of the Governors Ball from the grand staircase. 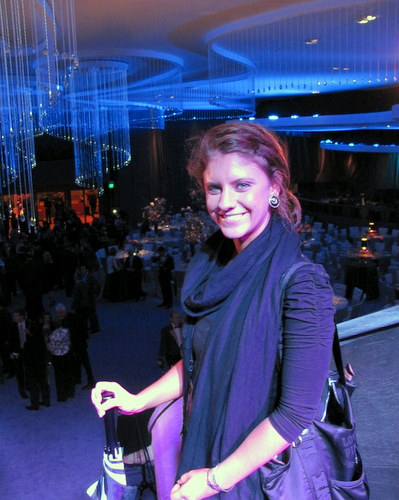 (Above) Lindsay on the grand staircase at the Governors Ball.