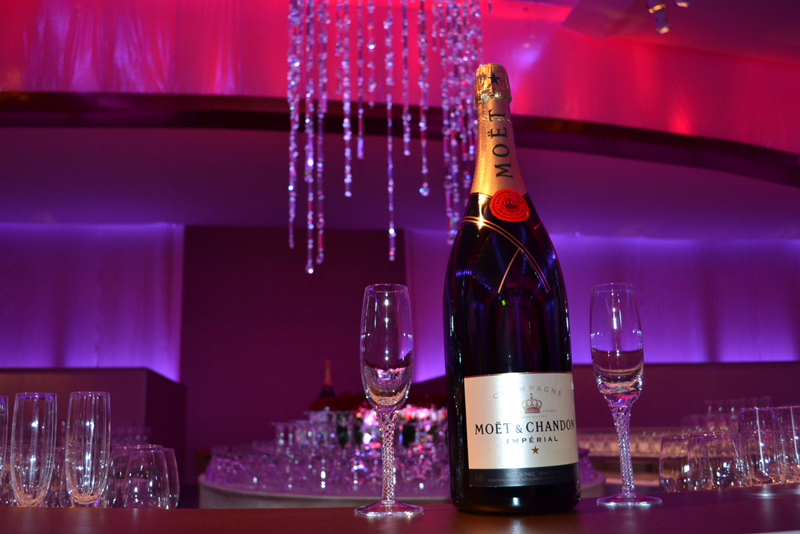 HOLLYWOOD, CALIFORNIA—More than with a lot of the Academy Awards events (aside from the actual ceremony itself), it seems like the public is hungry to know what each year’s Governors Ball is going to be like. While I’m certain this is because people love to know what the elite of Hollywood are up to and how they get down, I have a sneaking suspicion that America just loves grandiose, fancy things, and the Governors Ball is brimming with decadence.

The annual Governors Ball is a post-awards dinner party thrown by the Academy for nominees, presenters, and other “special guests.” Produced again this year by Cheryl Cecchetto (her first name is what Jamie and I have been, coincidentally, calling our rental car since Friday night) and catered again by Wolfgang Puck and his 350 staff members, the event is at once classic and modern. To keep the Governors Ball fresh, Puck changes the menu every year, trying out new food and décor ideas to reflect the year’s theme—which this year is “Oscars in 3D,” complete with gold-dusted chocolate Oscars—and all around the room there are LED-lit trees and beautiful flower arrangements.

One new dining change for this year is the move from a sit-down dining experience for guests to a passed-small-plate feast. Cecchetto hopes that serving an array of 50 different small plates and hors d’oeuvres will help entice people to stay longer in order to see what might be coming around next. There will also be an impressive buffet of everything from seafood and sushi to chocolate-dipped Pop Rock cakes.

This year, the Governors Ball took some steps toward “greening” up the event. Wolfgang Puck selected only sustainable seafood and poultry options, and locally-farmed organic produce, which is good because seeing the amount of food used for an event like this is a little staggering (of course, there are 1,500 people to feed). Some of the numbers include 250 pounds of whole-caught Atlantic bigeye, 1,300 farmed oysters, 10 bushels of apples, 5 kilos of American farm-raised caviar, and 5,000 cage-free eggs. Other do-gooder facts about the event include the donation on any uneaten prepared food to Angel Harvest, and a donation of flowers arrangements to homes for the aging.

While everything looked amazing, the absolute best part of the whole room was the rotating bandstand where Tony Bennett, who is one year older than the Academy Awards itself, will perform tonight with a band. Very classic and really cool. Also of note, in a little room off to the side of the food, dining area, and lounging spaces was an area for Oscar engraving. Over the course of the night, the winners can take their statue over to the engraving bar to get, what I assume is just about anything written on the placard. If it were me and I had won a couple Oscars, I’d probably start getting things like “I Totally Rule” or “Who Knew?” engraved on mine. Hopefully that’s allowed. 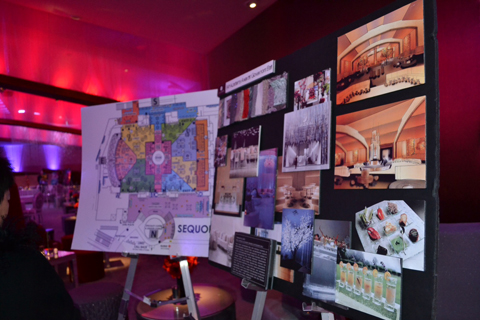 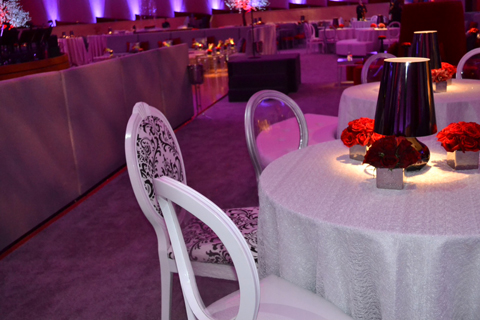 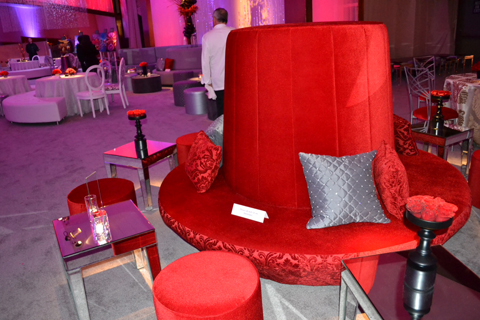 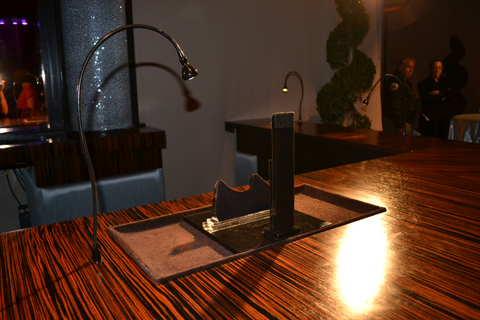 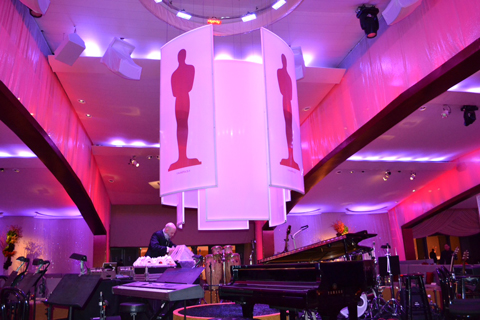 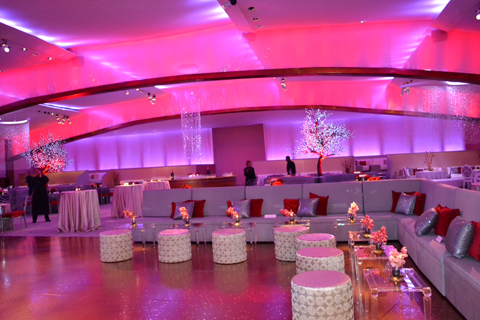 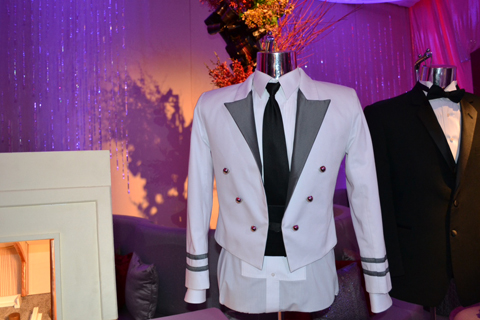