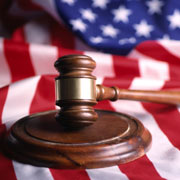 Monday will see the first oral arguments for Florida v United States Department of Health and Human Services, the Supreme Court case that will determine the fate of the Affordable Care Act. The justices will hear 6 hours of argument – that’s more than has been allotted for any case since 1966. This case is crucial to the future of health care reform, so it’s important to be informed.

The main issue is that of the individual mandate – whether the federal government has the power to mandate the purchase of health insurance. If the Court rules that the mandate should be considered a tax, the case will be deferred until 2015.* The Court will also make a decision about the severability of the mandate – whether the rest of the ACA can remain law without the mandate. Finally, the Court will decide whether the expansion of Medicaid called for by the ACA violates state sovereignty by requiring them to spend more or forfeit current federal money.

But for now, let’s focus on the arguments for and against the mandate:

Arguments For the Individual Mandate

Arguments Against the Individual Mandate

Let’s also consider what will happen if the mandate is struck down. According to the Robert Wood Johnson Foundation, if the ACA is implemented without the mandate, about 42 million people will remain uninsured versus 26 million with the mandate. Because the bill bars insurance companies from denying coverage based on pre-existing conditions, people could wait until they got sick to get insurance. This would undermine the bill’s cost-control measures. RWJF also found that without the mandate, premiums could rise by up to 25 percent.

The individual mandate is crucial to the success of the bill. Keep an eye out for audio recordings of the debates, and stay tuned for the Supreme Court’s decision in June.

*The Anti-Injunction Act of 1867 bars federal courts from deciding the constitutionality of tax laws until after payments are due (in this case, 2014).