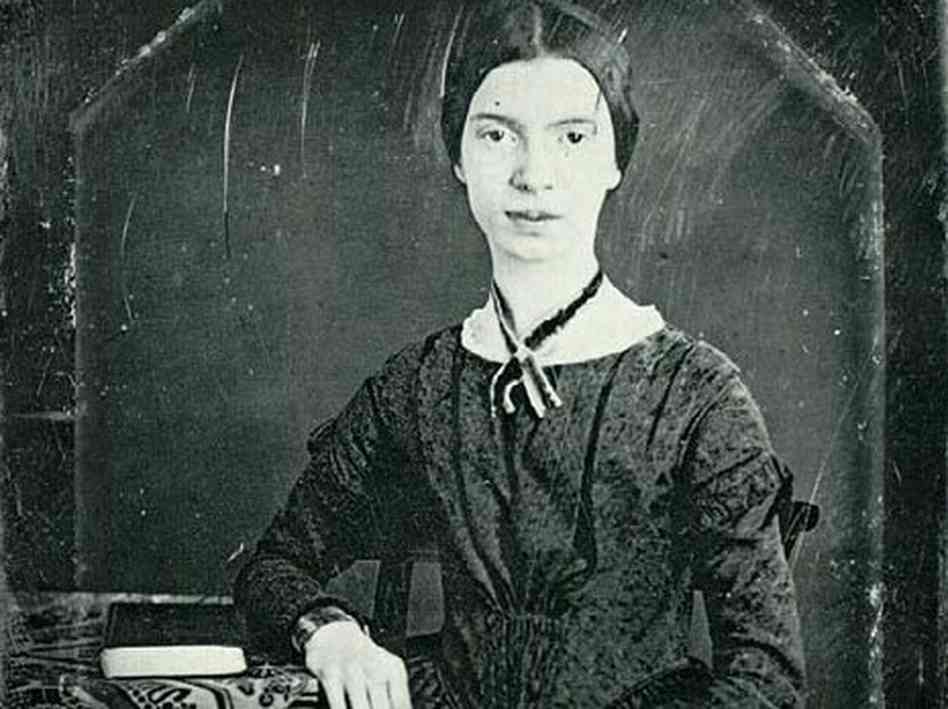 There aren’t a great many male playwrights who do well creating female characters of any dimension. In fact, the list of famous names is fairly short. After William Inge, Tennessee Williams, and August Wilson you have to scratch your head pretty hard to come up with more. Which makes it all the more fascinating that accomplished author Walter A. Davis (The Holocaust Memorial: A Play About Hiroshima, Trim: The Tiger Woods Story) is bringing his work back to the Twin Cities with the premiere of Aberration of Starlight: A Play About Emily Dickinson.

A few years ago, Davis’s An Evening with JonBenét Ramsey (Cedar-Riverside People’s Center) afforded, with piercing insight, a grim take on how embittered a woman the strangled little girl might’ve grown into had she lived long enough to try and cope with her recollections as a six-year old sex symbol. Now, Aberration of Starlight takes a dark, enlightening look at Dickinson the historic poet who, all but ignored during her lifetime, became world-famous after her death. Davis describes it as “replacing the sentimental and misleading Belle of Amherst view of Emily Dickinson with a representation that honors her tragic depth and her erotic complexity.”

Davis, who also directs the production, tapped Twin Cities actor Bethany Ford, who starred in An Evening with JonBenét Ramsey, to portray Emily Dickinson. While gearing up for rehearsals, he answered questions via e-mail.

You, the actor, and producer Christopher J. Mogel were all a team for An Evening with JonBenét Ramsey.  Is there an ongoing association in the offing?

We’re trying to start a theater company called Wolfpack Productions. JonBenét was our first show. This our second. I’m 70 and have many bitter theater experiences, but if I can make a contribution to getting this things well-started I’ll be delighted.

Why are you directing?

I hate directing, but I also hate directors who mangle a writer’s work. I think actors can make good directors. I kind of backed into doing it long ago. I’ve never enjoyed directing, but I do love the part of it where you can push an actress like Bethany to become as good as she can. Bethany and I met years ago when she was in a show my son Steve directed. I’d just finished writing the long version of the JonBenét play. She asked to see it. Over the years we stayed in contact and wanted to do it. So we finally took the plunge.

What was so important to you about Emily Dickinson that you had to write this play?

It’s important to get Emily Dickinson, a major poet, right because so many people have gotten her wrong—and in ways that compromise her integrity and her achievement. This even applies to P.C. academic feminists.

You care to elucidate?

Emily is too large for their concepts. For me as a thinker and writer, the main task is to restore the rights of tragic experience to be the measure that puts to shame all the other games we play with our identity, all the happy talk whereby we flee existence. She didn’t. She had the courage to go every night into a room alone and wrestle with her psyche. Few went deeper. Her poems on madness aren’t on madness—they are the inner experience of the thing itself, a more profound record of that journey than any I know of. I focused the play on the process of creation on the night she completed her greatest, deepest poem because I wanted to show that a genuine artist struggles to unite three things—and thereby achieve the only kind of identity available to her. The three thing are: her psyche, her sexuality, and her creativity. In writing “My Life had stood—a Loaded Gun” she accomplished that rare act. Everyone who knew Emily spoke of her “intensity,” and how draining it often was. It was the thing she refused to compromise. That refusal made her one of the great solitaries, an aberration of starlight. I’ve come to love her and want to share her.

What made Ford the right choice to play her?

Bethany is the gutsiest actress I’ve ever worked with. There’s a fierce intelligence about her work and a refusal to compromise the demands of a part. Her emotional range is remarkable, and her energy never flags. What more could one ask for? I’m blessed. This is a very difficult part and I’ve asked a lot of her in preparation. We have a contract of sorts: she will not do any line until she understands it from the inside. I’ll push for the deepest, rawest understanding of each line. We meet in the middle—in a respect for art and a willingness to pay the psychological price it requires. So many actors and actress take the easy ways out and become inadvertent parodies of the emotions they claim to express. Bethany is the opposite. She takes everything inside, lets it work there in the most complex ways, and then acts from the tragic space she’s cleared out within herself. My fervent hope is that many will get to see her in this role. I suspect it will be [an] experience not to miss and to always be remembered.

You really hate The Belle of Amherst.

If Julie Harris weren’t a fine and respected artist, everyone would see that Belle is nothing but a happy talk Hallmark card.  For Christ’s sake, one of the great recluses—and Emily rarely talked to anyone—starts Belle by baking gingerbread for the audience and passing the cake out to the first row. Emily is represented as the slightly neurotic spinster sexless little lady who writes wise, witty poems—and that’s the way Julie delivers them. All that said, the clincher is that this is a complete travesty of the actual Emily and her life. Audiences have loved it because sappy, sentimental crap squares with their idea of the poet and poetry. This Emily scares no one, whereas the real Emily…well, as her first male editor said, “If they’d known what she was thinking, they’d have burned her as a witch.”