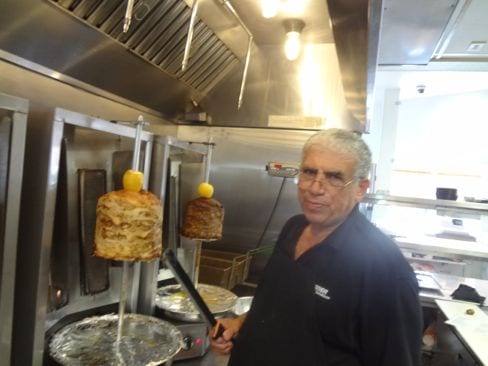 Update (i p.m. 8/6/2012): I just got a call from Mohammad Abdul Ahmad informing me that, because of a financial dispute, Abdul’s Afandy has closed.

I was driving up Central Avenue last week, patrolling for new restaurants and iftar buffets, when I saw a sign that made me slam on the brakes and send the car zooming into reverse. At 1851 Central Ave. in the window of what had until very recently been a Falafel King restaurant (and before that, a Porky’s Drive-In), I spotted a sign that said “Abdul’s Afandy.” And the guy standing in the parking lot looked very familiar. His hair had gone gray (so has mine, but he still has a lot more of it), but it was unmistakeably Mohammad Abdul Ahmad – whom I hadn’t seen in at least 25 years. I introduced myself, and Mohammad threw his arms around me. 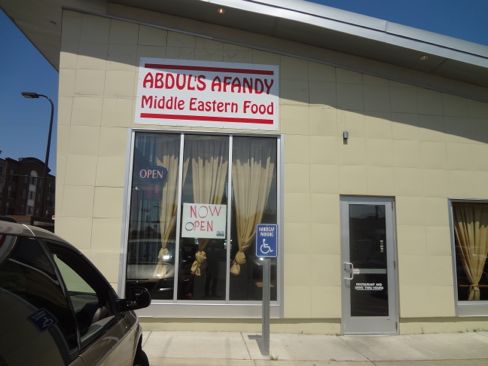 Back in the 80s, Abdul’s Afandy 2523 Nicollet Ave. had been one of the first Middle Eastern restaurants in Minneapolis, and a favorite of mine. We quickly caught up on three decades worth of news – Mohammad owned or managed a couple of other restaurants over the years, moved out of town and back a couple of times, spent some time in his native Jerusalem, owned several convenience stores, remarried a couple of times. had seven children (and recently lost a son tragically to liver disease) and finally decided to get back into the restaurant business. 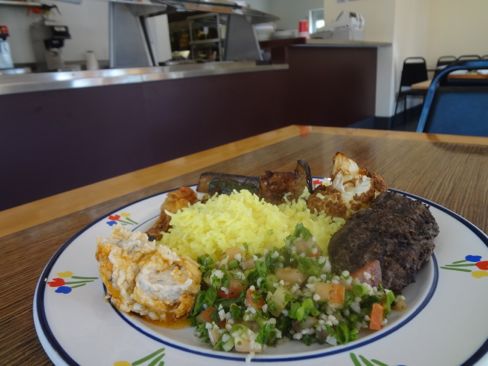 His new restaurant offers all of the old Middle Eastern favorites: kibbe, kebabs, kofta, felafel, tabbouli, baba ghanouj, shawarma, (meat roasted on a vertical spit) baklava and more. I stopped back a few days later to try the $6.95 lunch buffet, ($8.95 for dinner) which offered many of those these items, as tasty as I remembered them from 30 years ago.