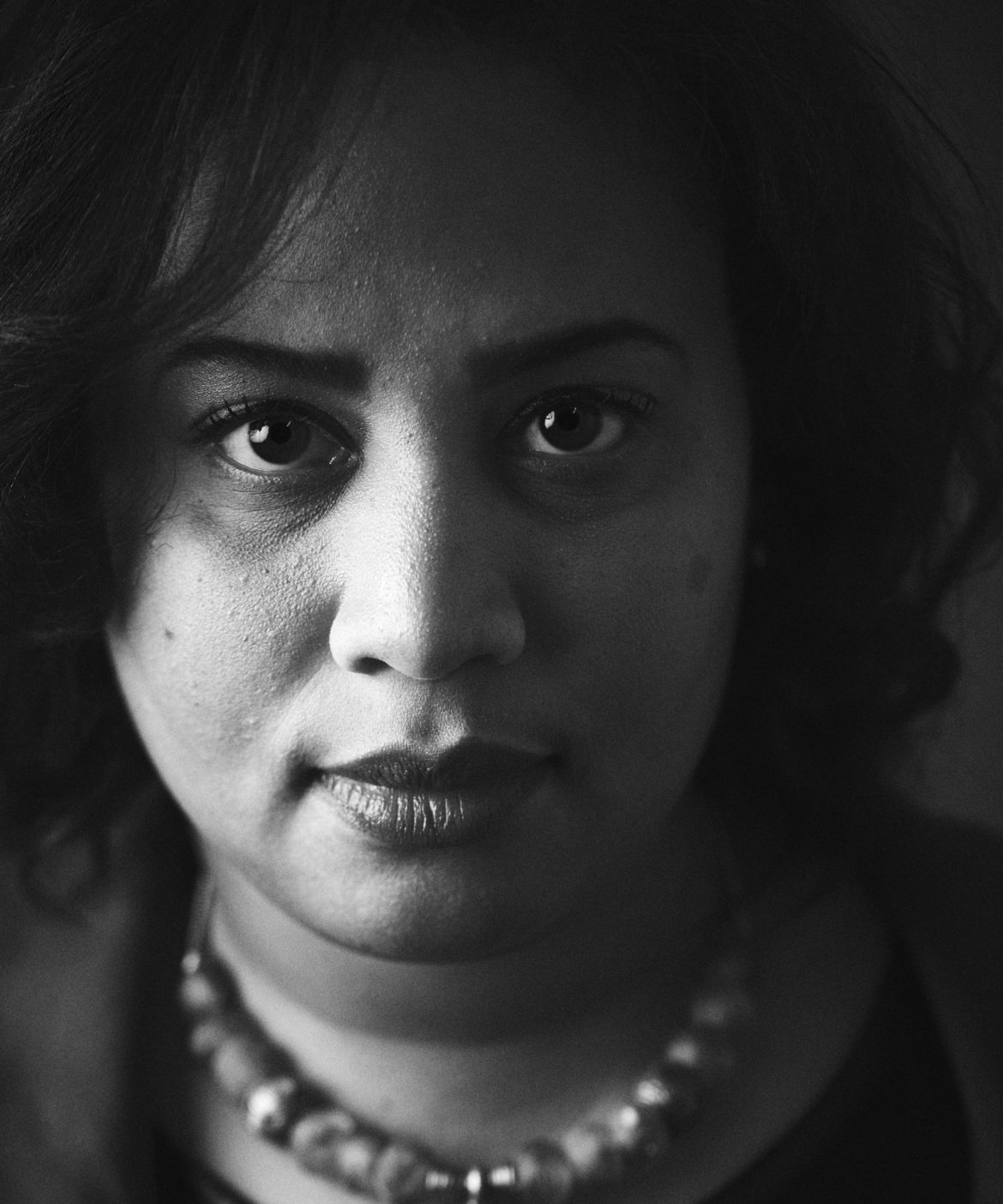 The night of the grand jury decision in the 2014 Mike Brown shooting, protesters from across the Twin Cities filled the streets. While watching the news, Raeisha Williams kept thinking to herself, “I wish I was out there with them.”

At the time she worked at the international engineering and contracting company Hamon Deltak in Plymouth, Minnesota, where she said she was one of three African American employees out of 400. She was bothered when she heard her colleagues’ voice frustration that the protests were holding up traffic.

“I have been admiring and appreciating young brothers and sisters who had shutdown [Interstate] 94 when Mike Brown was murdered,” Williams said. But it was another, closer, tragic police encounter that would lead her into public service. “Tania Harris was the moment,” Williams said, when she found her calling.

Harris was shot by police in Robbinsdale on April 16, 2015. When officers wouldn’t allow Harris’ family to see her at North Memorial Hospital, the Minneapolis Chapter of Black Lives Matter organized a protest 200 people strong. At the protest, Williams met then President of the NAACP-Minneapolis, Nekima Levy-Pounds, who later offered Williams a position in the organization as communications chair.

“Protesting is in my blood,” Williams said, whose mother participated in the Black Power movement in Oakland, California, and brought Williams along to actions in a stroller as a baby.

Two years after Harris, Williams – having spent that time organizing with NAACP on criminal justice reform and promoting Black-owned businesses – is now running for the Minneapolis City Council seat for Ward 5.

As a fourth generation Minnesotan, Williams has family ties to the city dating back to 1821. She grew up in South Minneapolis, but was active on the Northside as a theater and dance student at the Capri Theater, in pageants where she was once crowned Miss Black Minnesota Jr., and as a student at Minneapolis North Community High School.

After high school, Williams attended Howard University in Washington D.C., and spent two years working as a community outreach specialist for former Mayor Vincent C. Gray. During that time, she worked with constituents, business developers, business owners and organizers to determine how they could best work together on development projects and bring jobs to the community. She also worked with those same community partners to discuss public safety and police brutality.

“I have that experience and know how to be the connection to all the different nuances in the community,” Williams said. “I would report directly to the mayor’s office about upcoming issues and projects that were coming up through the pipeline-”

Now back in Minnesota, Williams is a small business owner, opening a tea house. Having also run a consulting business, Williams said her leadership experience and managing budgets would be useful experience as a City Council member.

During our interview, when she came across people she knew and greeted them all – striking up conversations and asking what they are up to. Every time she saw a familiar face, it was as if they were reuniting at a family reunion.

“We need more of that in Ward 5,” Williams’ campaign manager Wisdom Mawusi said.

That’s exactly what African American Ward 5 resident Ruvanda Foster, 68, wants in a leader. Having moved back to her childhood home after a short stay in Brooklyn Park, Foster noticed people were more isolated than before. “There’s no closeness,” Foster said, “everyone is locked up in their homes. It’s real crazy.” She said she wants to see North Minneapolis be a real neighborhood again.

To help bring people together, especially those who have become disenchanted with politics, Williams has built her campaign around five commitments instead of a traditional “platform.” Her commitments include: economic development, safe and thriving communities, affordable housing and homeownership, education and community engagement.

Williams wants to bring more business to the Northside, businesses like Starbucks, Caribou Coffee or Chipotle.

She emphasized bringing in those big businesses will create jobs for people within the community, especially the Black community, which has the highest unemployment and lowest income rates, Williams said, but are also top consumers in the state.

“That should tell [businesses] we have a market here, people who will come and spend with us,” Williams said. She wants to provide constituents with connections to businesses such as Thor and Target, which will “bring jobs, prosperity and quality infrastructure and new building in North Minneapolis,” Williams stated. 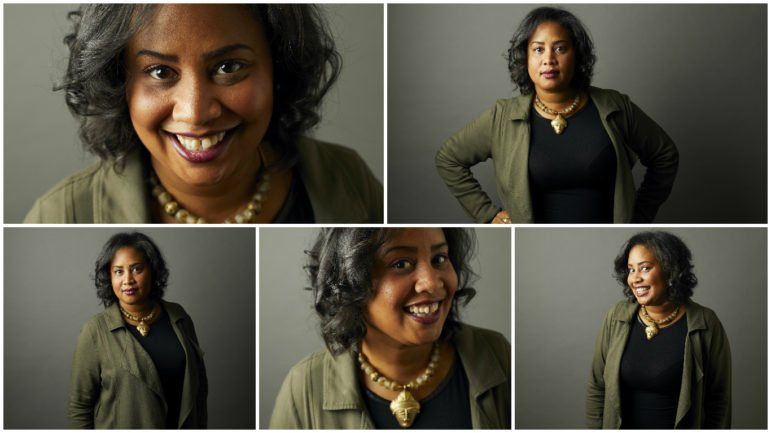 A “more social economical community” that has more than one grocery store in the area, and offers gas stations and places where the community can come together like a designated community center are things the city should prioritize in Ward 5, said Foster.

Williams shares that sentiment, which is why she disagreed with Ward 5 incumbent Council Member Blong Yang’s budget proposal that would have granted $605,000 towards repairs and upgrades for the Fourth Police Precinct. That’s money that could be going toward the community, she said.

Williams would also like to see more redevelopments in Ward 5.

“City Hall is doing great things for other parts of the city such as the redevelopment of the Mississippi Riverfront,” Williams said. “but they seem to forget about North Minneapolis as they get left out on some of the city’s plans.” She wants to see investment in infrastructure, including creating more bike lanes on the Northside for greater accessibility.

Justin Schauls, 18, grew up near North Community High School and has personally witnessed mistreatment and discrimination at the hands of police. Even at a young age, Schauls – who is multiracial – said he and his friends have often been stopped by police. Schauls said the officers would provoke his friends to get a response out of them – only to see those friends get arrested for doing nothing wrong.

On Nov. 15, 2015, the night Jamar Clark was shot and killed by Minneapolis police, Schauls was just a few blocks away. He remembers police helicopters overhead keeping him up that night. The next morning, when they heard news of Clark’s death, Schauls said he and many of his fellow classmates either missed or were late to school. Months of protests followed, against the police, against the city and against the injustice of Clark’s death. It was the kind of incident that lead many in the community to demand change in police relations with civilians.

“We need the kind of leadership that’s going to shake some things up,” said Pastor Brian Herron of the Zion Baptist Church in North Minneapolis. “Leadership that insists on bringing community and police together.”

Reforming the police so they become part of the community and “actually protect and serve us,” is one of Williams commitments. In Williams’ plan, police officers would be required to walk the beat rather than just patrolling in their cars – naturally prompting them to engage with residents. By encouraging the officers to be more actively involved in the community, Williams expects to see their law enforcement tactics change for the better.

One change Williams would implement would be to create a non-police community response action team for mental health crisis and domestic violence calls.

But still, violent crime is a factor in Ward 5. While most of the ward’s neighborhoods, like Near North and Jordan, have either seen flat or decreasing violent crime rates, Hawthorne and Willard-Hay saw increases in 2015. Both Foster and Schauls attest that they often hear sirens ringing throughout the night.

“Over North you get used to crime, and people saying ‘oh, somebody died today,’” said Schauls. Schauls was once followed and approached by three people that attempted to rob him and his friend after exiting a store. Burglary is high among Foster’s worries. The crimes and the fear that some residents have don’t sit well with Williams.

“I’m sick of babies being shot in drive-by’s,” Williams said. “I’m sick of the ‘no snitch’ culture, that day is dead.”

Williams wants to establish a public safety campaign that encourages Ward 5 residents to take charge of community safety by getting to know who their neighbors are. Working in conjunction with community leaders, Williams is looking to create a “Neighbor’s Keeper” campaign, “a play on the brotherhood motto, ‘My Brother’s Keeper,’ which means to watch out for one another, to protect one another, to call each other out when we are wrong and to support one another.”

After the May 2011 tornado, the resulting foreclosures left the city with over 200 empty lots, something Williams calls “an injustice to the city,” referring to those lots as once good bones, or key factors to the community’s structure. Building new stores on lots along Plymouth and Penn avenues calls for some concern since they’ll likely attract more young white professionals to live in the area.

“You do things to make it more appealing for them and move Black people further [away.]” Foster said, “[the] neighborhood is changing.”

While Williams welcomes people who want to move into the community she also stands for making sure current Northside residents have affordable housing options. She’s fighting for them by making sure business developments by outsiders aren’t pushing out the people who are already living in the community.

“That’s not going to happen, not on my watch,” Williams said. 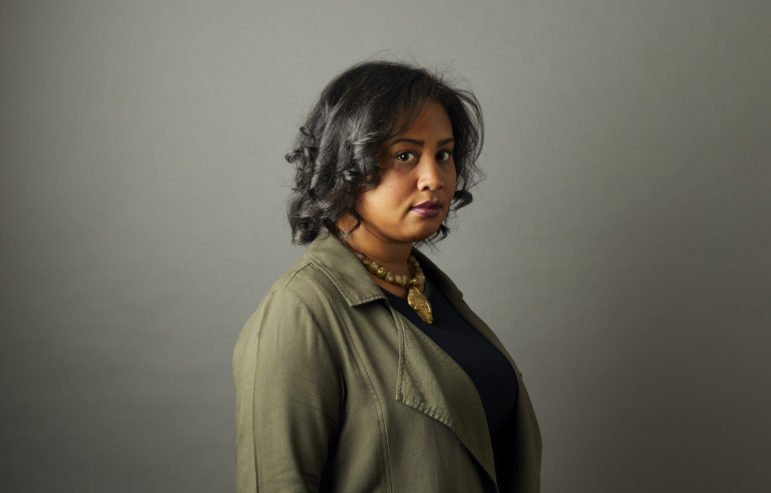 Since people of color and indigenous residents make up 82 percent of Ward 5, local leadership has to “racially demonstrate indigenous leadership,” said Chaney. Empowering the constituents and giving them a voice is key to representing this community, Chaney added.

“And that’s the way it should be,” Schauls said. He wants to see more people from the community step up and run for office because “they know [the] city and can relate.”

With the DFL caucus coming up fast on April 4, the Williams campaign does face some steep challenges. Williams doesn’t have a name associated with politics, her campaign isn’t funded by family wealth and Ward 5 incumbent Yang, is running for re-election, Mawusi said. Her campaign has aggressively been countering these barriers with fundraising and speaking engagements to spread the word about her campaign and build grassroots momentum. This month, the campaign has held nearly a dozen conversations in local cafés and barbershops to reach out to more Ward 5 residents.

“My constituents happen to be Black,” Williams said. Black residents make up the largest percentage of North Minneapolis’ residents at 53 percent.

“It’s grassroots, it’s a people’s campaign…working on behalf of the people [that’s] what really sold me on Ra. True representation,” Mawusi said.

If elected, Williams intends to continue building her relationships with constituents by holding office hours in Ward 5 weekly and hosting coffee and town hall meetings on a monthly basis.

“She’s not politics as usual. She is real authentic, strategic and focused on results instead of rhetoric,” Mawusi said of Williams.

Correction: A previous version of this article stated that Williams graduated from North Community High School. She attended the school for one year, but received her diploma from Washburn High School. Williams also was one of three African American employees during her time at Hamon Deltak, not the only one. This article has been corrected.