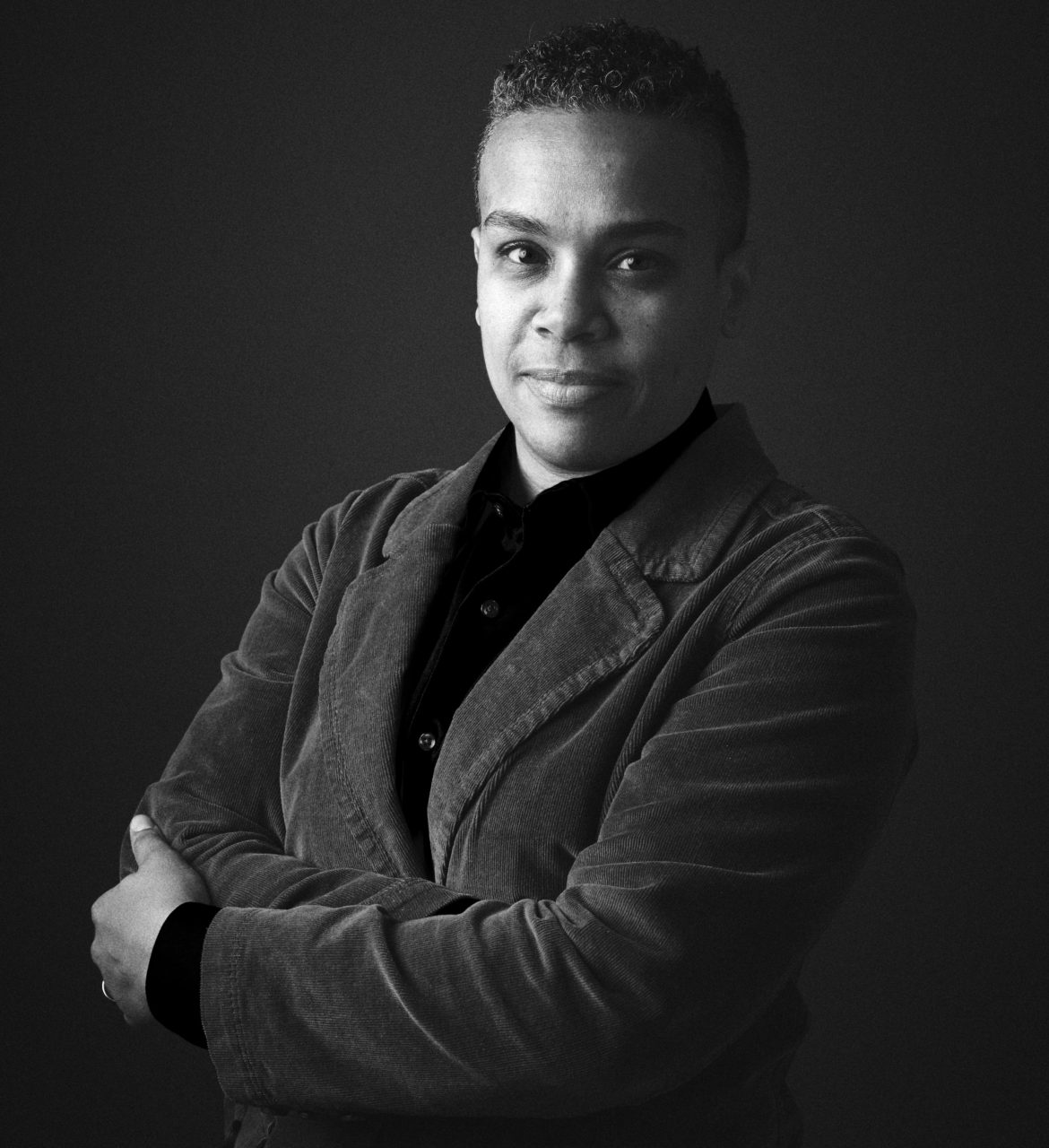 This profile is part of our “Seat at the Table” series highlighting seven new LGBTQIA candidates and candidates of color running in the 2017 Minneapolis City Council election. Catch the kick off of our series here, and check back every week for another installment of the series.

The air froze again to 10 degrees on Feb. 8, the first time I met Erica Mauter, a DFL candidate running for the Ward 11 seat on the Minneapolis City Council. It’s almost three weeks after Donald Trump’s inauguration, and the news of a travel ban, of a border wall and more pummeling executive orders dominated the emotional landscape of many who wanted a different reality.

Back track to 2012 when Minnesotans took a stand in the same-sex marriage amendment and voter ID amendment. While getting her master’s in organizational leadership at St. Catherine University, Mauter volunteered her time with Project 515, a movement that legalized same-sex marriage rights in Minnesota. The experience was so vivid and unforgettable to her that she can still translate the spirit and process to her work today.

Mauter told me with conviction about how that work on the same-sex marriage campaign is why she believes in resistance.

“We did this five years ago. We came together statewide, as a community through a process, in which we talked about our values and our lives for the purpose of changing people’s minds about a thing that’s important to us,” Mauter said.

Like in 2012, Minnesota faces an uncertain future. At the Minnesota Legislature, Republican lawmakers have put forward bills that would increase penalties for protesters on highways and at airports, bills that would repeal sick and safe time ordinances in the Twin Cities and stop any minimum wage increases at the local level. Having worked to turn the tides before, Mauter sees a path toward resistance, one that starts with representation at the City Council.

“We can do that again. We all felt really strongly about it, people did things that they didn’t know they could do. We just need to do it again,” she said. 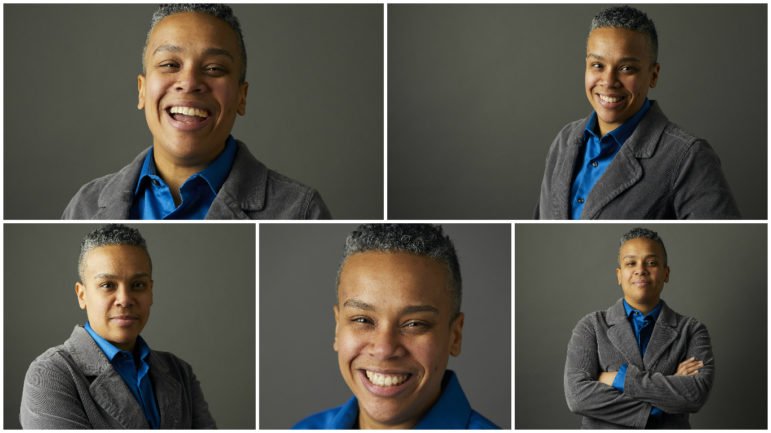 Mauter made the decision to stay in Minneapolis because a strong sense of community pulled her in deeper here. Originally from Detroit, she grew up in a family of four, the daughter of interracial parents. Her mother is a small business owner, and her father worked in the auto industry.

Mauter cites her family values as the root for her activism.

“As I was growing up, my parents modeled for me with community, volunteerism, and civic engagement. I have been fortunate to have opportunities to continue these things here in Minneapolis,” she said.

Mauter moved to Minneapolis in 2000, when General Mills recruited her as an engineer. For the first few years, she didn’t think she would stay. But slowly, Minnesota became her home. A singer, Mauter joined the Twin Cities Women’s Choir. Around the same time, she got involved in local politics. She soon found herself surrounded by a community. Mauter went from simply living and working in the Twin Cities to finding a home with her wife Missy Weldy, and their dogs, Peanut, Louise and Florence in the Tangletown neighborhood. The couple met while singing together in the Women’s Choir. Mauter is now the organization’s executive director.

“She is my absolute best friend, and she is a wonderful supporter of me,” said Weldy, then revealing a music note tattoo on her wrist, the same tattoo also on Mauter’s wrist.

Even though Mauter juggles a full-time job and her campaign duties, Weldy pointed out that Mauter always makes time to share her gifts and expertise to help others.

“She knows that she would not be where she is today without the help and support of her family and other organizations. She is willing to go out of her comfort zone to show up for others. People also came out of the woodwork to offer her support,” Weldy said with a smile.

When I asked Mauter about how she would represent people who are different from her, she unapologetically responded with, “that is the interesting thing about leading an intersectional life as a queer woman of color.”

Mauter told me that while she may come from a historically marginalized place she still needs to be transparent about her class privilege, as a person with higher education, as a homeowner, as a married person. For Mauter, there is ample room in her platform for people to connect, through shared values and working toward building a stronger community.

Working for change, inside and outside the system

Amy Brugh, a Ward 11 resident, has lived in the area for 13 years. On a bright Thursday morning, she came to an early “Coffee with the Candidate” event held by Mauter and the campaign to learn more about what Mauter had to offer.

Brugh said she feels strongly about building a city for people to get around without a car. “I am a pedestrian, a person who bikes and a public transit user,” she said. “One of my most important city issues is how we can build a city that is vibrant and livable, that prioritizes us as people rather than drivers in cars. I have a car, I drive, too. But I want us to make it easier for people to get around in other ways than in single-occupancy cars.”

She expressed that she is also a strong proponent for racial equity. In particular, she has been in conversations with people about changing police culture and police policy, “I want to see a drastic change in police violence,” she continued.

“I believe strongly that we have to build a City Council and a government in general that represents people who live in the city,” Brugh said.

Ward 11 is located in the south central part of Minneapolis, with a resident population that is more than 76 percent white. The ward is a mix of primarily residential neighborhoods, with excellent access to parks and recreation including the Minnehaha Creek parkway, Lake Nokomis and Diamond Lake. The seat in Ward 11 is currently held by incumbent Council Member John Quincy, who is seeking his third term.

“The city needs principled and progressive leadership, and Erica will be that,” said Coya White Hat-Artichoker, who is Mauter’s campaign manager. The pair have known each other for four years, their friendship started with showing up at political events together.

“If city leadership wanted to do more, they could. What you see is the lack of progression in City Council,” she said. White Hat-Artichoker went on to point out how the City Council has been slow to enact a $15 minimum wage, despite thousands of residents signing a petition for the measure to be on a citywide ballot.

Mauter’s platform supports a $15 minimum wage because workers and small businesses deserve support from the city, so that people who work hard can make a decent living.

“Having seen what has gone on at City Council for the last four years, there is a definite split there, seven to six always. The seven always tend to block progress to some degree, or they are slower to act upon more progressive issues,” White Hat-Artichoker said. “[Mauter] is going to follow her values and she will take principled stands on the issues that people care about, and that to me is really important in somebody who is a politician.”

“The City Council as a body needs to remember that the people who live here come first–, $15 per hour, sick and safe time, that’s about working people,” Mauter said.

She continued, “My values dictate that we do lift up those amongst us who are struggling. It is stressful to be poor, I’ve been in that place for a short period of my life, and it has been so impactful. Minneapolis has so much to offer, but when your time is consumed by working multiple jobs, and making sure you have childcare and scraping by to feed everyone and pay rent, you don’t get to enjoy the parks or the arts. That is not fair.”

Besides enacting the $15 minimum wage, Mauter’s platform also prioritizes building new housing and keeping existing housing affordable, advocating for people on foot, bikes and on transit and making sure the police are community service oriented.

“It takes a lot of guts,” White Hat-Artichoker said. “She is really invested in being a bridge-builder.”

“In order to change the systems that we have, we have to work them from the inside and the outside. There are a lot of great organizations that are advocating from the outside, and I can be that strong partner on the inside that is going to work with the residents, my neighbors and these organizations that are doing great work to try and make city government better for everyone who lives here,” Mauter said.

Mauter knows that it’s going to be a hard campaign against an incumbent, but she is still dedicated to running. 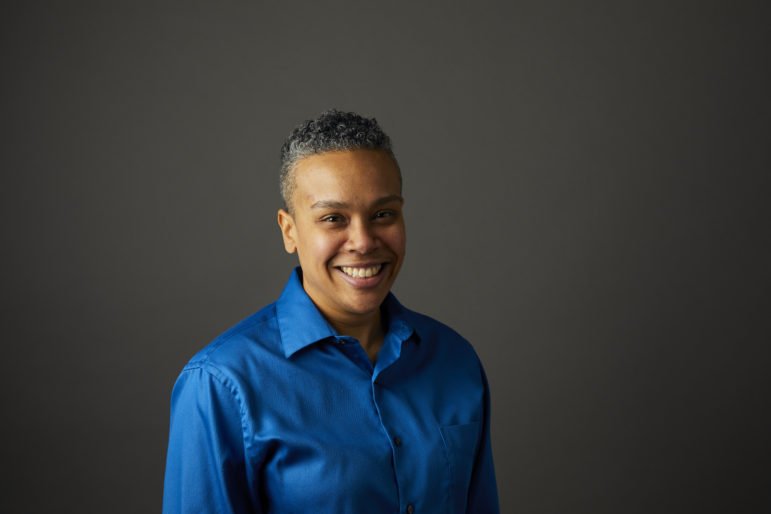 Mauter has served on the city’s Capital Long-range Improvement Committee since 2015. She wants more consistency and transparency on communicating with and educating residents sooner in the budget process.

“People are very invested in what their city looks like, what their parks look like. So we need to be more transparent on how government works. That means letting people know that planning a street, versus planning a new park, is a different process. We have to help people know when and where to show up,” she said.

“For the city to have clear goals in using its purchasing power and negotiating power is one way to help us do together what we can’t do alone,” she said.

According to Minneapolis’ the Ward 11 profile developed by the Department of Community Planning and Economic Development, Ward 11’s average household income is about $80,000 to $90,000, around $26,000 more than the average household income of the rest of the city. While Ward 11 may largely be doing well, for Mauter, progress for Minneapolis doesn’t necessarily need to come at the expense of anyone in Ward 11. Real progress is about recognizing, as Paul Wellstone once put it, “We all do better when we all do better.”

“Sometimes the most important thing that needs to happen is not affecting us directly,” she said. A City Council member is not only representing their own ward, they are representing the city as a whole, she added.

“We are not so removed from these issues as we might think we are. We have a responsibility to each other,” she said. “Our success as a community is based on us being in relationships with each other.”