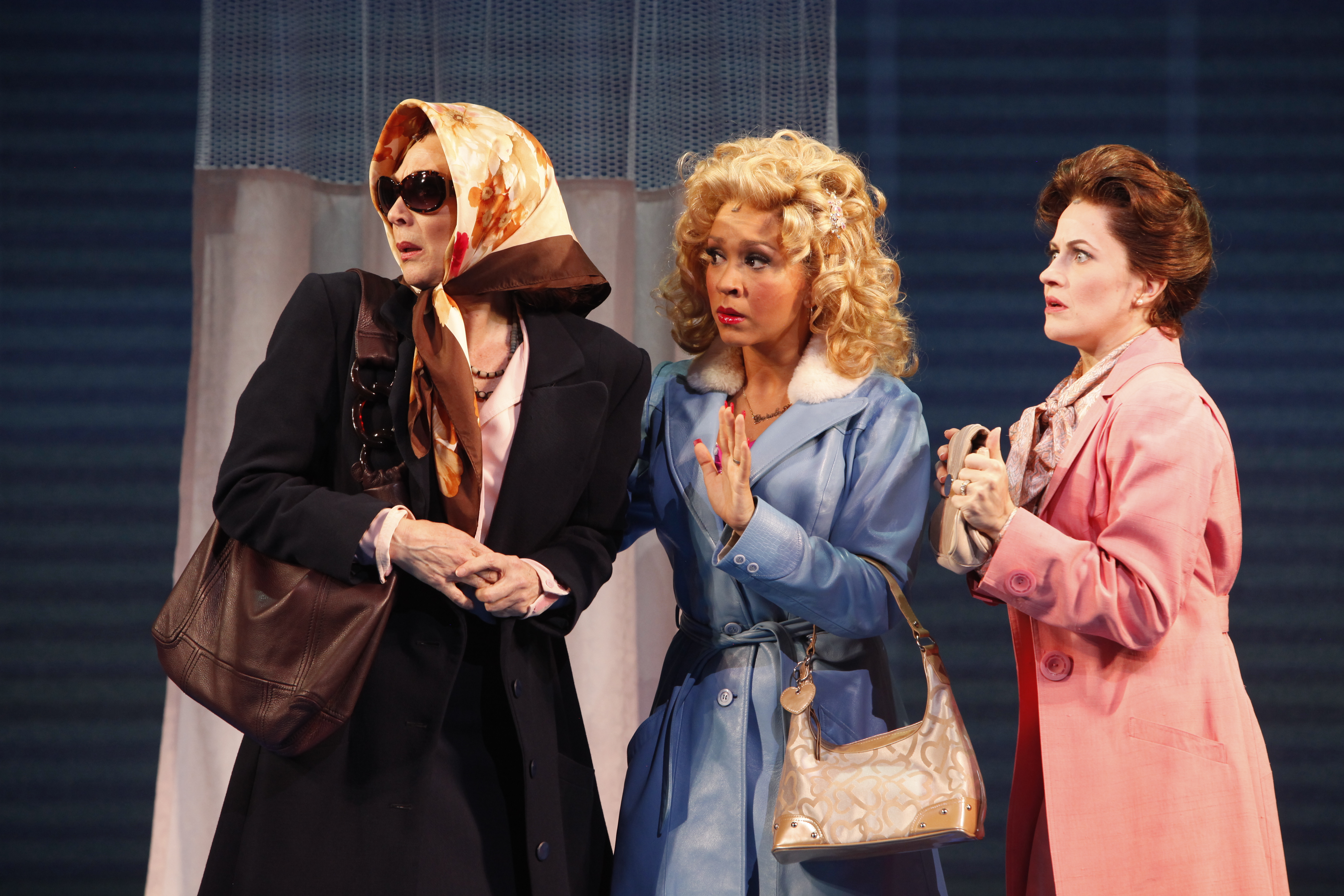 Nothin’ like a little 1970s feminist comedy, eh? That’s exactly what you pay for with the musical adaptation of one of the most profitable 1980s big-screen comedies. Director Jeff Calhoun puts together a theater experience that is so faithful to the film that you’ll be saying the lines with ‘em, and that’s a good thing.

As most know, the original film was star-clad with main characters played by exercise guru Jane Fonda, funny girl Lily Tomlin, and country star Dolly Parton. Although these ladies formed an unexpected trifecta, the film was Parton’s first cinematic role and she ended up being what audiences took away from it. The musical is no different. As the video narrator and composer of the entire repertoire, Parton is definitely the legs (just two of her many famous body parts) of this production.

Violet (Tomlin’s character, played by Dee Hoty) is the story’s main character. As professional “womyn” in a man’s world, Violet and her two sassy female coworkers, Doralee (Diana DeGarmo) and Judy (Mamie Parris), fantasize about offing their “sexist, egotistical, lying, hypocritical bigot” of a boss and sticking it to Roz, his faithful and frumpy, yet hilarious minion. When it’s crunch time, the gal pals have to take matters into their own hands. Laughs and mayhem ensue.

The Ordway’s orchestra pit is solid without being showy, which gives the voices room to be. The multiple appearances of show’s title track are undoubtedly the highlights, while Act II songs like “One of the Boys” and “Let Love Grow” prove to be painfully obvious filler material. The three female leads all had their moments, but Hoty and DeGarmo are so spot-on in accent and attitude that it’s pretty acceptable to forget that you’re not watching Tomlin and Parton running around in polyester bell bottoms.

To the younger crowd, 9 to 5 is vintage and awesomely kitschy. To the middle-aged, it’s full of “ah, those were the days” chortles. What did my grandma think? Well, it’s pretty much the funniest thing she’s ever seen, albeit a little naughty. 9 to 5 is chalk-full of talented ladies, funny one-liners and feminist ideals. The Spice Girls would be proud.

Photo: Dee Hoty, Mamie Parris, and Diana DeGarmo in 9 to 5: The Musical. Photo by Joan Marcus, courtesy Ordway Center for the Performing Arts.