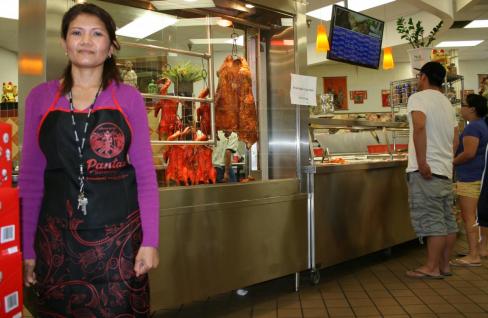 When asked how the Central Corridor’s Green Line might impact his business, Dubliner Pub owner Tom Scanlon laughs. “Do you think I have a crystal ball?” The only thing that’s certain, he says is, “It’s going to open up a new world.” 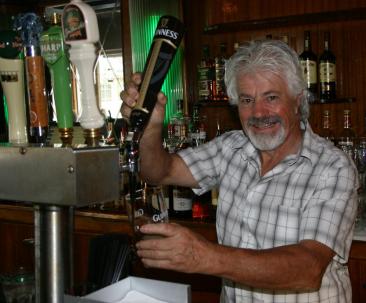 Tom Scanlon taps a Guinness Stout at the Dubliner Pub

The changing physical, and always evolving cultural landscape of University Avenue is what prompted the series of interviews and profile pieces that form Along the Corridor: An Oral History of University Avenue Business Owners Navigating Change, a project funded by a State of Minnesota Historical & Cultural Heritage Grant. (For links to each article, see sidebar.)

Through exchanges with Isabel Chanslor of the Neighborhood Development Center‘s University Avenue Business Preparation Collaborative (U7 for short), Va-Megn Thoj of the Asian Economic Development Association (AEDA), Carol Swenson and Karyssa Jackson of the District Councils Collaborative of St. Paul and Minneapolis (DCC), and others, 10 businesses–all community gathering places–were selected to be featured. 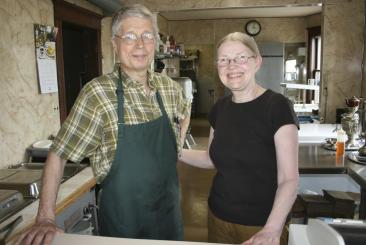 Nicolai and Linda Alenov at the Russian Tea House

The business owners who shared their stories come from a variety of cultural backgrounds, yet hold several things in common. They own food-related businesses along the St. Paul portion of the Central Corridor. All call Minnesota “home,” although they started life someplace else. And all are navigating big changes, striving to thrive in “a whole new world” that’s taking shape on University Avenue.

Like Scanlon, none of the business owners who were interviewed know precisely what that new world will look like. Some, including Nicolai Alenov, owner of the Russian Tea House (1758 University Ave. W.) with his wife Linda, are less than optimistic.

Is light rail going to bring me thousands more people? I don’t think so.

Ron Whyte, one of Big Daddy’s Old Fashioned Barbeque’s (625 University Ave. W.) co-owners, also has his doubts. Whyte, who does appreciate the various ways the corridor has been cleaned up, says that he would like to see more variety, and expresses regrets about the diminished connections between present-day University Avenue and its historic roots.

There were a few other black businesses on University when I got here, and I’ve seen that diminish….I would just like to see a better mix of things. 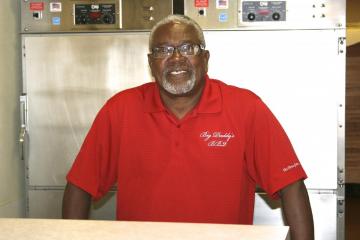 Others are confident that the new light rail line will be a boon to business. Hai Truong, owner of Ngon Vietnamese Bistro (799 University Ave. W.) says: “We wanted to…create a destination spot and customer base through word of mouth, and that helped us survive light rail very well because a lot of people made a very conscious effort to come.” 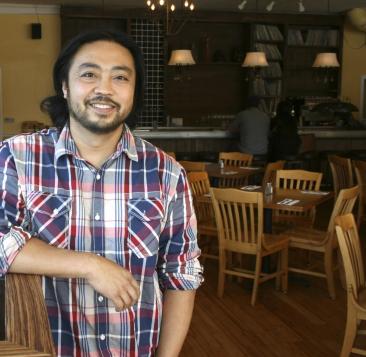 Jai Vang, owner of Bangkok Cuisine (432 University Ave. W.), was also well aware that the light rail project was on the horizon when he opened up shop, and saw that as part of the location’s appeal. He refused to believe those who said, ” You’re going to have grand opening, grand closing.” Vang is grateful for the resources that have helped his business weather a challenging couple of years.

When you have good resources and good people, I think a lot of things can happen. 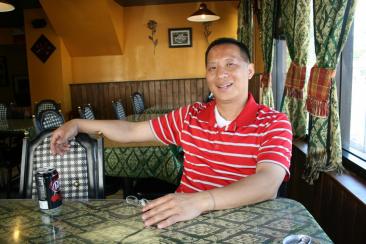 Sometimes you have intelligent people just doing business from the head and not the heart and that’s when the little people like us will disappear. This was the heart and the mind together. And when you have that kind of group working together you will not leave anybody behind…. 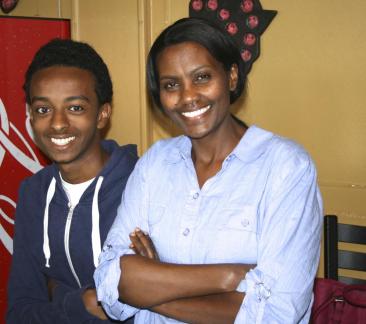 Kebede, a refugee from Ethiopia, says she feels a growing sense of rootedness and community since opening the restaurant with business partner, Frewoini Haile.

For the first time in our lives we say we are home….I’m Minnesotan, proudly Minnesotan.

One business owner expresses surprise that his restaurant has begun seeing increased sales months before trains are scheduled to start running. 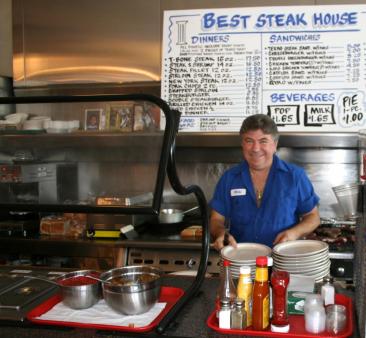 Mike Hatzistamoulos, working at the grill at Best Steak House

You know what, to tell the truth the last year, since the construction’s been done, my business has been up like about 15, 20 percent.

Yet, other business owners are weary, expressing fear or apprehension. As the Central Corridor becomes more appealing, property owners are bound to raise rents, they say. That puts business owners who rent their spaces, including Homi Restaurante Mexicano (864 University Ave. W.) and SugaRush Donuts (712 University Ave. W.) in a vulnerable position.

SugaRush owner Keoni Nguyen, who has recently decided to vacate his space, and look for a new one before his lease ends in July, 2014, expresses another concern.

I just hope that corporate American don’t come in and take us all out. 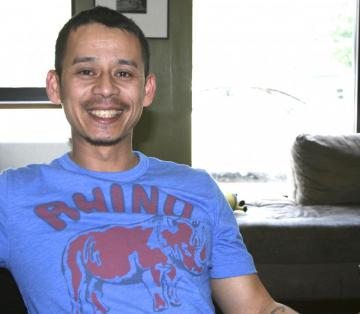 Most see a silver lining for University Avenue as a whole. Amidst a host of concerns about his own situation, Miguel Lopez, owner of Homi, with his wife Hortencia Reyes, says:

It’s not the same University street it was 20 years ago. Now you can walk in the night. 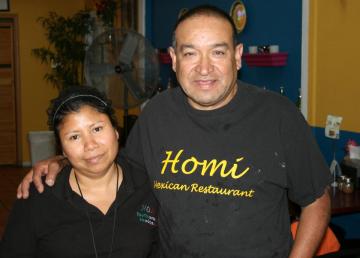 Lopez observes that the Corridor is becoming more appealing to middle-class whites who may have been scared to visit in the past.

Echoing Lopez, Ne Dao, who owns Ha Tien Grocery Store (353 University Ave. W.) with her husband, Son, says, “Now I feel safe.” She and others point out the dramatic decline in prostitution. Now, with the construction finished, trains set to begin running, and a new, improved store, kitchen, and deli, Ne Dao is optimistic.

I think that this coming year, I think that it’s going to improve a lot. We are confident that it will be better, a lot better. 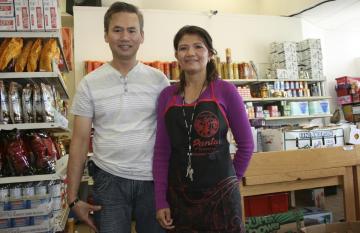