With contracts set to expire December 31, hundreds of SEIU Local 26 members who work as janitors and security officers marched through the downtown Minneapolis skyways December 17 calling on the 1 percent to support living wage jobs and health care for their families.

About 7,000 Twin Cities janitors and security officers have been working under contracts that expired December 31. The workers are members of Service Employees International Union Local 26. They work for contractors servicing buildings that house the Twin Cities’ largest corporations and government offices.

“I’m fighting for my family, green jobs, and the 99 percent,” said Katra Arale, a Somali immigrant who works as a janitor at the Hennepin County Government Center.

The janitors’ and security officers’ contract campaign’s slogan is “unlock our future.” They’re calling on the one percent who lead Twin Cities corporations to unlock a better future for working families in Minnesota. They’re demanding that the one percent be held accountable for locking workers and their families into poverty.

“The explosion of low-wage jobs is locking our communities into poverty,” said Javier Morillo-Alicea, president of SEIU Local 26. “We need jobs to pay living wages so they can support their families, pay their mortgages and save for a better future.”

For the first time ever in the Twin Cities, contracts expired simultaneously December 31 for approximately 5,200 janitors and more than 1,300 security officers who work in downtown Minneapolis office buildings.

In addition to these expired contracts, 1,200 security officers who work in suburban office buildings are negotiating for their first contract with subcontractors who provide services to Twin Cities office buildings. 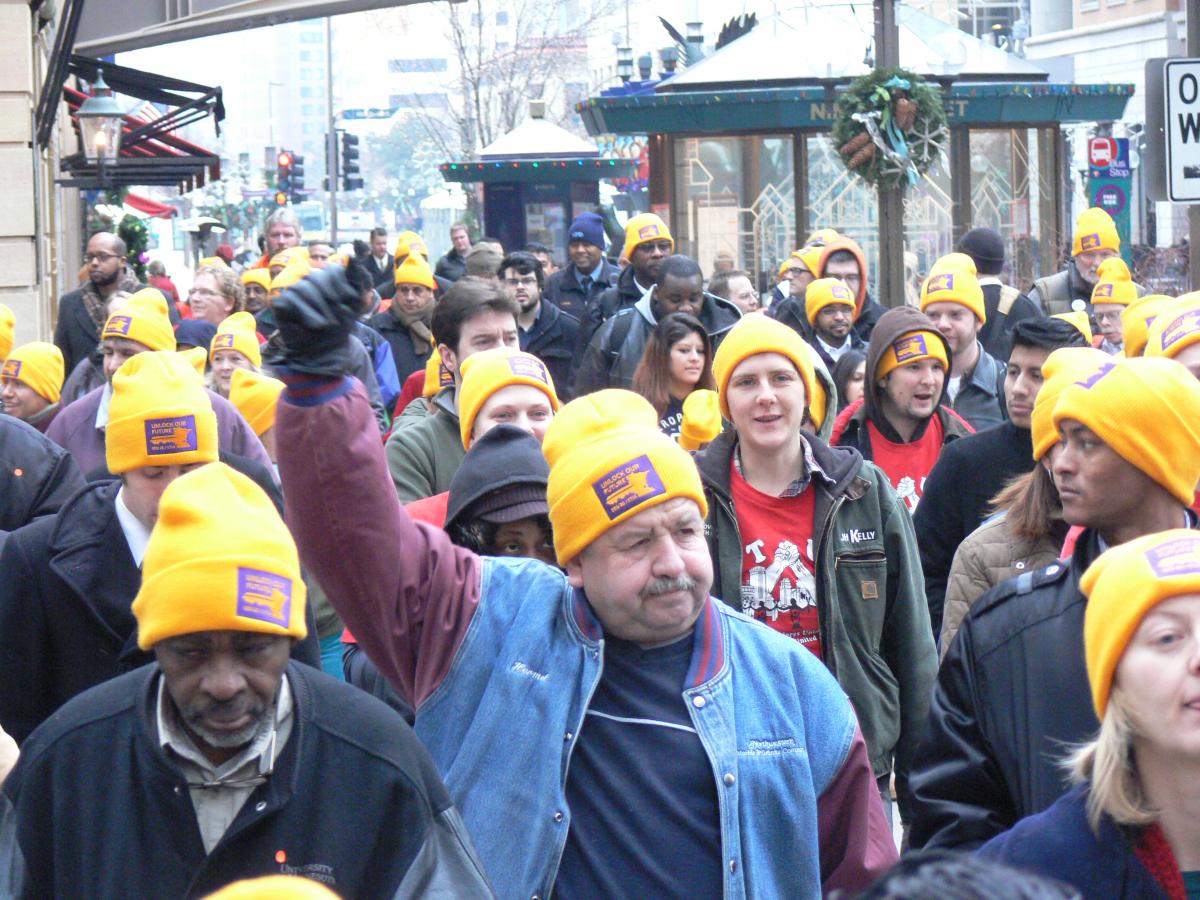