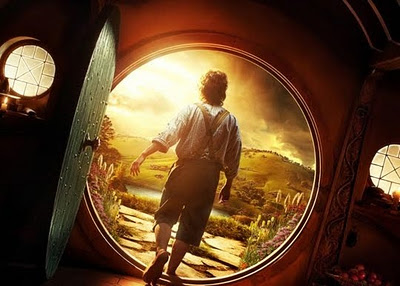 A friend recently mentioned my comment, in my Brave review, that the movie was literally dark—to the point where at times I could hardly make out what was happening. “It looked perfectly bright to me,” she said. I asked whether she saw it in 3D; her answer was no.

“No matter what they tell you,” writes Roger Ebert in on his blog, “current 3D involves a loss of picture brightness of at least 20%. Watching one of these movies is like sitting though a film using a projector whose bulb is near the end of its life span. I have a little ritual I invariably perform during 3D movies. I lift the 3D glasses off my eyes and see how bright the picture would look without them. That is a reminder of what the movie is supposed to look like.”

A darker picture is just one of the drawbacks of 3D. Another is that you have to wear the glasses, which I don’t particularly mind but can be acutely uncomfortable for people who have to wear them over their regular glasses and is obviously a hassle for theater staff. At the Avengers screening I attended, we were all given souvenir Avengers glasses that immediately had to be supplemented with plain black models when it turned out the souvenir glasses corresponded to the wrong 3D projection system.

Is the illusion of depth worth it? (To be precise, it’s the enhanced illusion of depth; we perceive depth using many visual cues, binocular vision providing only some of them.) Given the choice using today’s technology, yeah, I’d opt to see a movie in 3D over 2D…but it’s a close call. The dimness is a serious detraction, and most of the time, I don’t even notice the 3D effect. I went to see The Phantom Menace (I know, I know) in 3D, and only during the podracing scene was the experience of watching the film in 3D noticeably different than watching it in 2D.

To be fair, I haven’t seen 3D versions of the movies often mentioned as making the best use of 3D technology to date: Avatar, Up, and Hugo. The most artful use of 3D I’ve personally seen was Ridley Scott’s often stunning Prometheus—which is still playing in some theaters, and you should go see on the big screen in 3D if you intend to ever see it. It’s heartening that veteran directors like Scott and Martin Scorcese are exploring the artistic possibilities of 3D, and it will be exciting to see where younger directors take us with 3D in future years.

Meanwhile, the next bout in what Ebert calls “the mega-epic pissing contest” involves frame rate: the rate at which the picture is refreshed on the screen. The current standard frame rate is 24 frames per second (fps)—settled on decades ago because it was the lowest frame rate compatible with a synchronized soundtrack—but nearly half the screens in the country are now equipped with digital projectors that will support a frame rate of 48 fps, and December’s Hobbit adaptation will be the first major release to use that capacity.

James Cameron is now working on Avatar 2 and Avatar 3 (which seems destined to be terrible, but then, so did the first one), both of which will be shown at 60 fps. Some believe that improvements could still be discernable to the human eye at 4,000 fps or even more, so this is just the beginning of a game of digital frame-upmanship that could occupy us for quite some time.

This is nothing new, as Ebert observes: from old-school 3D to vibrating seats to “smell-o-vision,” filmmakers have always sought gimmicks that will inspire us to open our wallets. Noting, though, that none of this is free, Ebert argues that the current generation of enhancements will likely cost filmgoers more than they’re worth. “When a family of four can spend $80 or more, including refreshments and parking, to see a trifle like Ice Age: Continental Drift in 3D, isn’t that discouraging?”

Well, yes and no. The issue of entertainment pricing is a complicated one. As Marilyn vos Savant—holder of the Guinness record for highest IQ—has observed, buying a movie ticket can mean you’re paying $10 to see something that cost $200 million to make, so in that sense it’s one of the best bargains going.

Further, I disagree with Ebert that adding expensive bells and whistles to the filmgoing experience is a poor bet at a time when many people are willing to watch movies on their phones. It’s precisely the difference between a phone and a movie theater that moviegoers are paying for, and as home theaters get better and better, the heat is on film producers to hold their competitive edge.

Of course, the filmgoing experience isn’t just about 3D and fps, it’s about sitting in the dark with a bunch of strangers and sharing a transporting experience. People happily went to see movies when they were silent black-and-whites, and we’ll keep going as long as filmmakers remain able to deliver an experience, at whatever depth and whatever frame rate, that’s worth what vos Savant correctly notes is the most significant price we pay to see a movie: two hours of our lives.