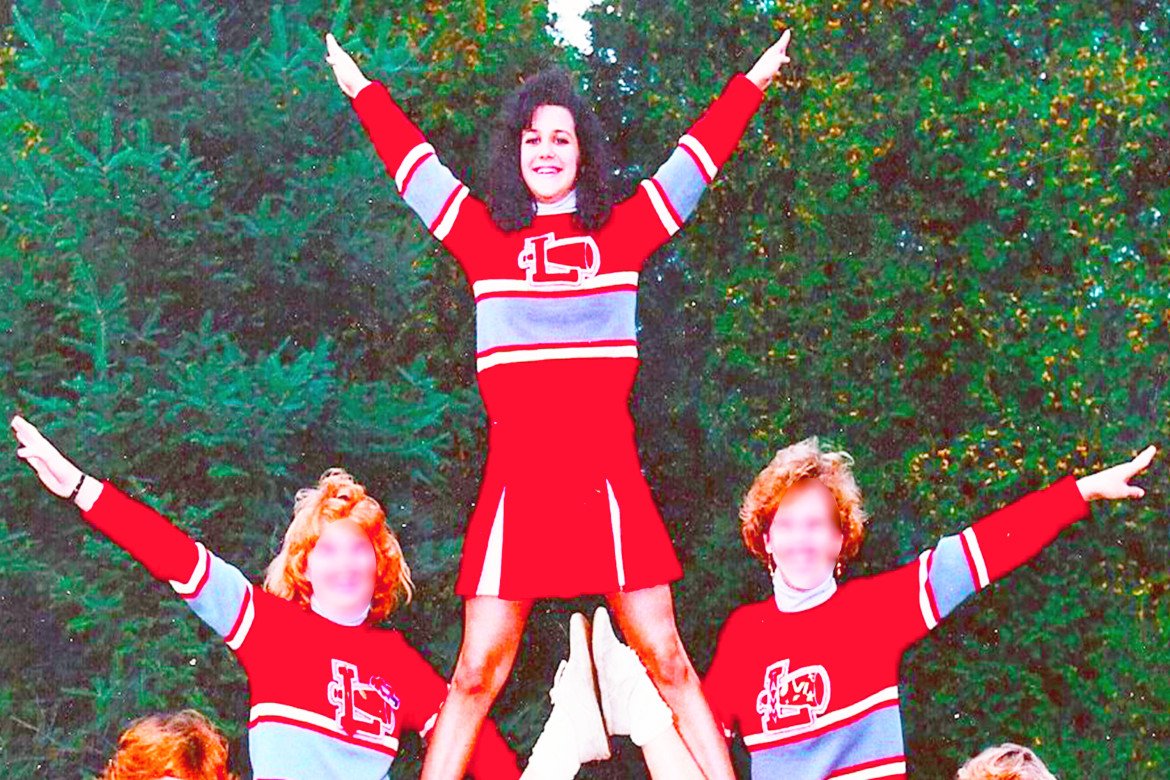 Every year I clear out the past year’s top 10 to make room for ten more promising acts I’m excited to see.  For the 2015 Minnesota Fringe Festival, they are:

Who were you in High School? Hear true stories of a reformed cheerleader/bad girl at a private school back in the late 1980s. At times hilarious, at times tragic, she shares her “glory days” for all to judge.

I was already fairly sure this was going to be one great comedic solo show, just by virtue of the fact that Mame Pelletier is involved.  That fact that it’s her script and her story only reinforced that instinct.  Her Fringe preview made it clear I would not be allowed to even entertain doubts about this one.  It’s going to be a heck of a lot of fun.  Can’t wait.

On the planet Ceres, Alex, a Cow, and a Queen are trying to escape the wrath of the Princess Kay Chorus. Butter means life or death – okay, mostly death, in this comedy full eccentric characters and dairy art.

Little Lifeboats’ first Fringe show.  Written by the always intriguing, amusing and unnerving Abby Swafford.  Co-starring my friend Hector Chavarria doing a hilarious turn as a talking cow.  I have to admit, being a transplant from the East Coast to Minnesota, I don’t exactly “get” the whole butter princess thing.  But if Abby’s writing it, Victoria Pyan is producing it, and Erin Denman is the Queen, why would I want to say no?  (They helped mount my play How To Date A Werewolf a couple of Fringes back, and everything Little Lifeboats has done since, including their annual TEASE new play showcase, reinforces my belief that they know good new theater when they see it.)  If you don’t know Little Lifeboats, you should.  This play is an appropriately weird and fitting introduction.

(I realize that’s two confessions in a row.  Just the way it shook out.)

With songs more self-aware than the characters that perform them, this original musical comedy pokes fun at the tribulations of forming a band.

Amazing Fringe preview.  With one clever and amusing song, knowing zero about the plot or characters, I’m hooked.  Very much looking forward to this one.

Ariel Leaf (of 2013’s “Died in Trailer Park/Woke up a Mermaid”) didn’t need a Wardrobe to go to Narnia, all she needed was three hits of acid and a lampost – and her life’s been that surreal ever since.

I had the pleasure of seeing Ariel’s 2013 Fringe show (in addition to a semi-autobiographical play she wrote several years prior to that).  Like many people with lives so colorful I’m not sure I could have survived them, I never cease to marvel at Ariel’s tales, and the fact that she’s still standing.  And now happily married, and pregnant.  This child will have a very vivid and unvarnished record of their mother’s days of youthful abandon.  Her Fringe preview just confirmed my instinct that I eagerly await the chance to hear the next chapter of the story.

God stops writing. Conflict ends and people stop dying. Believing this means the end of the world, Adam and Eve convince God to start writing again. He reluctantly creates a sequel to his greatest work, Jesus.

Even if I didn’t know the guy behind this play, or hadn’t seen his previous work, he would have had me at the premise.  Brilliant, or train wreck, or something in between?  As a writer who grapples with subject matter like this all the time myself, I’m fascinated.  But, as it happens, I do know the guy who wrote this.  He was in a one minute play I wrote for last year’s Minneapolis One-Minute Play Festival.  And before that I happened to catch his last minute addition to the 2013 Fringe Festival, Blind Date, which I quite enjoyed.  Joey Hamburger has a great, and weird, sense of humor.  Plus, here, he’s also playing the role of God so… I kind of have to see how this one turns out.

Citizens unite amidst tragedy to repair a broken justice system funded by poverty. Interviews, media coverage and the department of justice report inspire this collage of stories and spoken word.

One of two works in the Fringe inspired by the Black Lives Matter movement (the other being Arrest Me), information from Random Walk says Ferguson USA is “a collage of voices and spoken word inspired by witness interviews, media coverage, and the department of justice report of Ferguson, Missouri. In this story, a tragedy in the neighborhood incites residents to expose and fight a broken justice system funded by poverty. The play contains dialogue edited from court document transcriptions and media coverage, and many stories are dramatized resident accounts of racial injustice perpetuated by the government.”  Random Walk was formed to “create socially galvanizing works inspired by primary source accounts.”  I know the playwright/artistic director Maxwell Collyard, so I’m very curious to see the end result of this process.

7 – I’ve Seen The Future – Growing Into My Beard

Bay Bryan confronts the status “woes” in this coming-of-age cabaret for anyone who has ever felt – even a little bit – queer at heart. A fusion of storytelling, improv, song cycle, and just a drop of drag.

Normally, there’s so much GLBT content in the Fringe that I don’t know where to begin.  This year, the ping pong balls of the Fringe lottery were not as kind.  Only 12, an even dozen, in a festival of over 170 offerings.  And even some of those queer connections are a bit tenuous.  But if I wanted to buzz back and forth across town a lot, I could cram all of them far too easily into a single weekend at the Fringe.  (Sad trombone.)  Still that just makes us appreciate a little more what we have, yes?  Among them, this visiting storytelling/movement piece about a guy who always knew he was different – whether that be as a ginger in a world of blonds and brunettes, or a gay boy in a world that’s largely straight.  Visiting artist plus queer content – oh, and a singer/songwriter element?  I not only have to see it, I want to see it.

Why?  Honestly?  I need some dance.  More specifically, some good-looking graceful guys dancing.  And one of the guys in this show – Jordan Klitzke – was part of a really great dance show last year called Entre Nosotros (Between Us) – one of my top ten favorites of the shows I saw that year.  That show mixed words (in two different languages) and movement to tell the charming and sexy story of a bi-national couple getting to know and understand one another, breaking communication barriers across language and gender with dance.  This show will be completely different – two men and a woman, for starters, instead of a couple.  But it’s got the same brainy, funny way about it, so I’m looking forward to it.  They’ve got a goofy video trailer, and an even goofier set of outtakes, if you want to give them a look.

Brass quintet and choreographer Windy Bowlsby collaborate to create a live music/dance piece focused on the disappearance of Mike Bratlie, whose plane went off radar in northern Minnesota in 2012.

(Speaking of sad trombones…) Artistic Director of Theatre Pro Rata Carin Bratlie Wethern quite literally lost her father when his plan disappeared three years ago.  Now she’s crafted this tribute to him, and to those he left behind, and judging by just the brief preview they had last week it will probably be impossible to look away from, and at the same time almost too heartbreaking to sit through. Actress Noe Tallen reciting John Gillespie Magee Jr.’s poem about slipping the bonds of earth and touching the face of God while a musician plays a melancholy tune on a brass instrument and dancers (including familiar Fringe faces Derek Meyer and Joshua Engebretson) move gracefully around her.  Bratlie has gathered some great collaborators around her, including choreographer Windy Bowlsby and writer Ben Tallen, as well as her trusty brass quintet partners.  This’ll be a tough one, but in a good way.  I’m looking forward to it.

When a clique of disorderly friends form a kick-ass punk band to save the world from apathy, depression, and THE MAN, they face Midwestern backlash.

I know very little about this show because as of 7/27, when I’m typing this entry, there is almost zero information on their Fringe page. However, I thought to myself “Maybe there’s a Facebook event” and sure enough – you can find all the cast info and a little more of the show’s personality there.  They were hanging out around the Rarig after the second round of Fringe previews, handing out cards and playing music, so that was also enticing.  But really, it’s Theatre Novi Most, and their leader Lisa Channer, that have me interested in this one.  They do good work, so even though she’s put the young ones in charge on this one, if it’s under the Novi Most banner, I feel pretty good about recommending it and seeing it myself.