The Academy of Motion Picture Arts and Sciences announced the date of the 83rd Annual Academy Awards. The televised ceremony will be presented on Sunday, February 27, 2011, Academy President Tom Sherak announced.

The ceremony will again take place at the Kodak Theatre at Hollywood & Highland Center in Hollywood, and will be broadcast live by ABC Television Network.

Other key dates announced are:

The 2010 Oscars ceremony took place in March; the 2011 date marks a return to the ceremony’s longtime February slot. 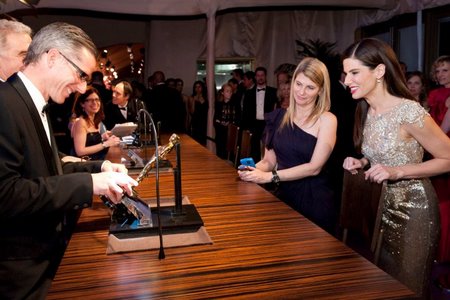 2010 Best Actress Sandra Bullock watches the nameplate being mounted on her Oscar.