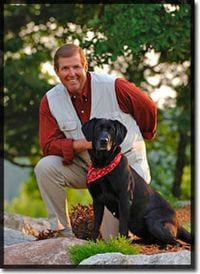 Michele Bachmann has been caught lying redhanded-again. This time it’s about her support for the 2008 “Legacy Amendment”-the constitutional amendment passed overwhelmingly by Minnesota voters that raised the state sales tax by .375 percent to provide a dedicated fund for the outdoors and the arts.

But as first reported on the Dump Bachmann blog, Sept. 6, Bachmann herself supported the corn-dog-tax-raising amendment.

Read the whole post at Dump Bachmann. Tonight, the Star Tribune took another look at the controversy in Sportsmen dispute Bachmann on Legacy Amendment (emphasis added)

U.S. Rep. Michele Bachmann, one of the GOP’s leading anti-tax champions, scored political points in a recent ad accusing DFL challenger Tarryl Clark of voting to raise the state sales tax on corn dogs and just about anything else covered by Minnesota’s 2008 conservation “legacy” amendment.

But the attack came as a surprise to a number of leading sportsmen’s groups whose leaders had long counted Bachmann as a supporter of the Clean Water, Land and Legacy Amendment, a measure overwhelmingly approved by voters two years ago. . . .

. . . “Congresswoman Michele Bachmann has made it clear that she did not support the Legacy Amendment,” said spokesman Sergio Gor. “In fact, during her time in the state Legislature, she voted against a similar measure.” . . .

[Ron] Schara noted that Bachmann’s booth at the 2008 event displayed a blaze orange “Sportsmen vote yes” placard, and that he “vividly” remembers the congresswoman wearing a “vote yes” button prepared by Sportsmen for Change, which led the campaign to pass the amendment.

Garry Leaf, the group’s executive director, said he also recalls the placard and Bachmann’s button. Until now, Leaf said, he had believed Bachmann supported the amendment, which he called “the Number 1 issue for hunters and anglers in the past decade.”

“I don’t understand why there would be a dispute about it,” said Don McMillan, president of the Minnesota Outdoor Heritage Alliance. “She had a sign in her booth supporting it.”

But Gor said the placard was a misunderstanding. “A lot of times people just come up and throw stuff on our tables,” he said. “If we don’t take it off in time, someone can … snap a picture or see it there.”

Why did I bold the Gor material?

Because–unlike Schara, Leaf, and McMillan–it’s highly unlikely that Gor, hired by Bachmann early in 2010, was at the Game Fair. As Bluestem noted in back in mid-April on the post, Michele Bachmann to share “sharp operator” press secretary with Iowa Rep. Steve King:

Following the McCain campaign gig, Gor worked for the RNC:

Looking through Nexis reveals  even more interesting material. According to Obama Flips the Power Switch for a New Generation, a February 7, 2009 article in the LA Daily News, Gor was then serving as “now a communication analyst for the Republican National Committee in Washington, D.C.”  who got his start as a member of the Young Senators program in Los Angeles:

Created almost a decade ago when City Councilman Richard Alarcon was a state senator, Young Senators has had some 450 high school seniors go through an after-school program of government and political issues beyond what any civics class could ever offer. . . .

…Alarcon takes special pride that many of his former Young Senators have gone on to continue their political involvement. Coincidentally, it was a former Young Senator, Sergio Gor, now a communication analyst for the Republican National Committee in Washington, D.C., who was a virtual lifesaver for Alarcon at Obama’s  inauguration.

Following the RNC gig, Gor moved on to working for smearmeister Andrew Breitbart and the Washington News Observer. Read the entire post.

To recap: respected sportsmen and outdoor writers claim to have seen a pro-amendment poster at Bachmann’s booth and the gentlewoman from the Sixth wearing a pro-amendment button in 2008, while her press secretary, who was working in the McCain campaign in the same year, says that the signs where just thrown on the table.

Who knows who pinned the Congresswoman with that button.

Yeah, that’s the ticket: let’s believe a DC operative who wasn’t there–over outdoors writers whom Minnesota’s hunters and anglers have trusted since before the original Raven was a pup.