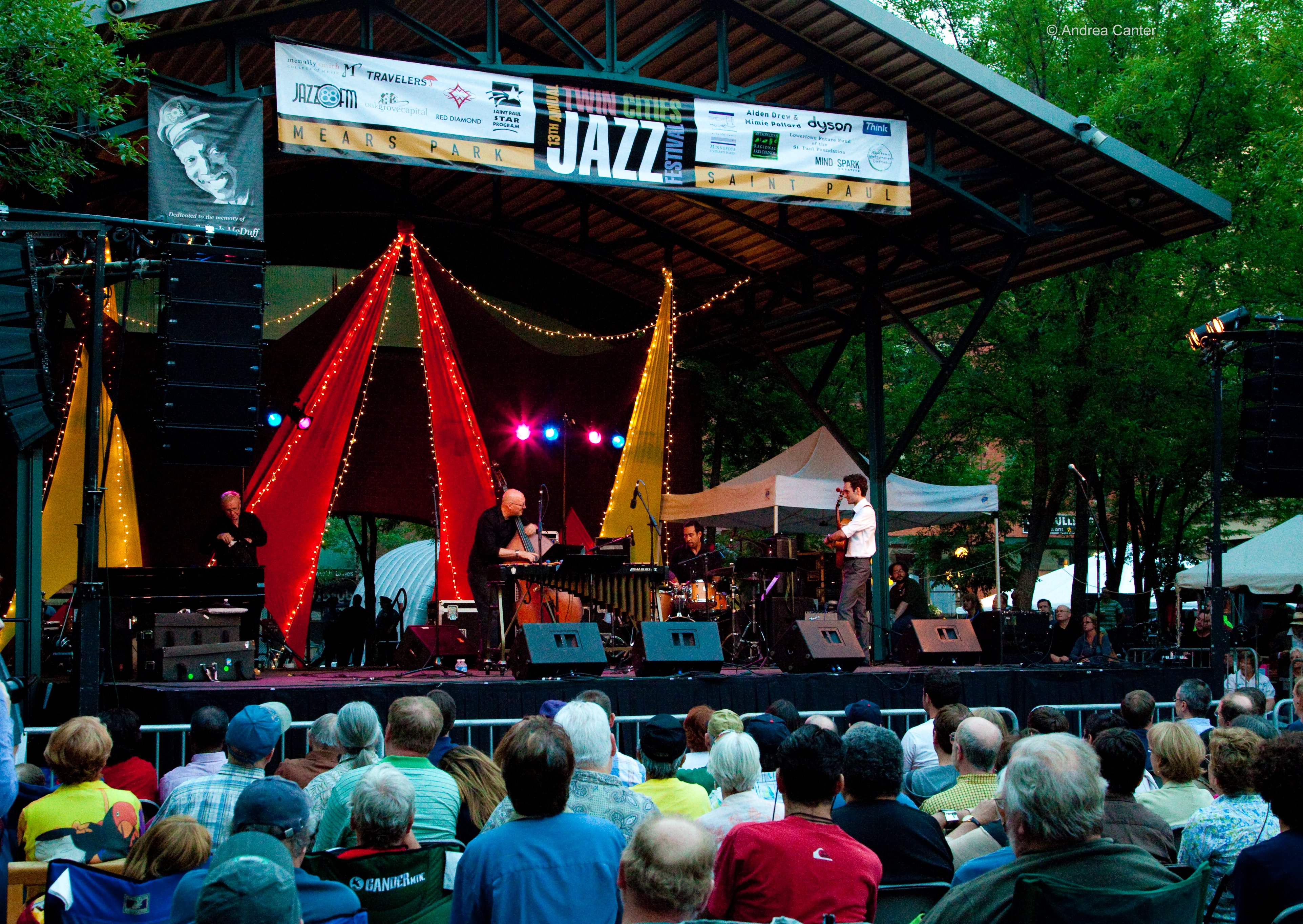 As the summer of 2014 is upon us, and the Twin Cities Jazz Festival is happening this weekend, June 26-28 in downtown St. Paul in Mears Park and nearby clubs, now is the time to show your love for the art and music made by the distinctive voices soon-to-be heard at this year’s TC Jazz Fest, celebrating its 16th year and established track record of attracting over 30,000 music lovers. And here’s more good news, Metro Transit is offering free rides to the festival on Friday and Saturday.

So, what does 21st century jazz sound like coming from the cosmopolitan cities of St. Paul and Minneapolis? We’re about to find out.

That also goes for a number of our own talented locally-based musicians who will be performing a wide spectrum of music at various indoor and outdoor festival locations. I encourage you to check them out.

Here’s a snapshot of must-see artists and bands that include the following:

This annual summer festival is vastly becoming one of the best free Upper Midwest music festivals in the country. So, pack up those folding chairs and bring the entire family for a one-of-a-kind musical entertainment experience by some unrivaled talents sure to have fun while mixing up a potent summer cocktail of key ingredients like swing, tradition, and the blues on outdoor stages. Pre-performance clinics and after hours jam sessions are also planned to occur at local clubs as part of the festival activities.

At a time when many a “jazz” festival are casting wide nets to attract wide audiences by presenting more pop acts than actual jazz acts, the TC Jazz Fest is not depending on that method. Instead, by reintroducing such artists as Reeves and Marsalis to this growing diverse and affluent market, organizers are potentially helping to grow and retain the audience for the jazz genre in this region.

In addition, introducing the 2013 Thelonious Monk Saxophonist Competition winner Melissa Aldana and her Crash Trio featuring fellow Latin Americans, drummer Francisco Mela, and bassist Pablo Menares and their new music to local audiences is a smart move. The 20-something tenor saxophonist from Santiago, Chile is the first female instrumentalist to win first prize (25,000 scholarship, and a recording contract with Concord Music Group) in the event’s history. Aldana’s self-titled debut release from Concord Records is out June 24. For a limited time, WBGO (Jazz 88.3 FM) Radar has made Aldana’s album, recorded last December, available to the public before its official release at www.wbgo.org/radar.

As for Reeves and Marsalis, they may not be pop acts, yet they’ve been known to perform pop music. They’re likely to present lively new music from their most recent recordings, Concord’s, Beautiful Life (Reeves), and Marsalis Music’s, Four MF’s Playin’ Tunes (Marsalis), and maybe even a few of their individual classic tunes. If Reeves decides to perform “Bird Alone,” or “On the Sunny Side of the Street,” I would be happy.

Not a complete stranger to the Twin Cities, Marsalis last performed at Orchestra Hall in Minneapolis in February 2011. He also played at the same venue with the Filharmonia Brasileria in October 2008. Reeves, a familiar face for audiences in the Twin Cities, she has performed several times at Jazz Jam, a fundraising event for Penumbra Theatre, most recently in 2010. And a few years before that Reeves also performed a special Christmas concert in Minneapolis.

Both Marsalis and Reeves are indeed powerful storytellers and masters of their craft. So, considering they have such a wide variety of material from which to
draw from, it will be interesting to witness their virtually unpredictable musical sets. At the same time, being able to see a young up-and-coming artist such as Aldana, who also considers herself a storyteller, and says she plays jazz, should present an interesting and rewarding experience, not to mention a timely one as jazz continues to favor artists with a more international flavor in its current system of jazz-stardom.

With the recent passing of such distinctive voices as pianist Horace Silver and vocalist Jimmy Scott, both well into their 80s, it’s important now more than ever to cherish the memories of hearing these great artists’ recordings, perhaps for the first time, but also to understand the value of their personal presence, especially if you ever saw them perform in person. That’s the big essential thing. The late great pianist Herbie Nichols, along with his music comes to mind, and reminds me that love IS proximity.

For more information, and a full artist line-up, go to www.twincitiesjazzfestival.com.