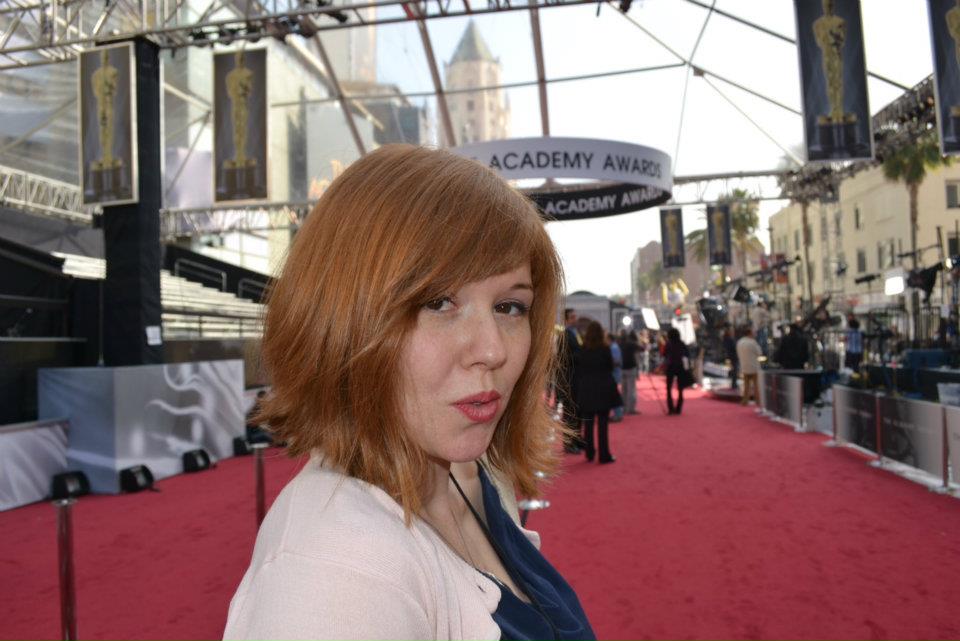 • How funny Billy Crystal actually was, but also how many jokes seemed to fall pretty flat with the audience, and how quiet the Kodak Theatre would get.

• In the press room, the crowd seemed pretty surprised at how many awards Hugo ended up winning in the technical categories—as expressed by crowd-wide grunts of shock each time the movie was announced in conjunction with an award.

• The dog from The Artist actually showed up to the awards show after all, despite news to the contrary in mid February. Maybe it was a stand-in dog.

• Sasha Baron Cohen’s appearance on the red carpet as “The Dictator,” being removed by security after assaulting Ryan Seacrest with an urn of what was said to be Kim Jong-Il’s ashes. The fire department came to clean up the mess.

• Ryan Gosling did not, despite much collective wishing by the female members of the press, attend the event.

• Woody Allen also didn’t attend, but rather watched a basketball game, despite the fact that Midnight in Paris was nominated for Best Screenplay—and won.

• Midnight in Paris won for best screenplay, but Gary Oldman did not win for his role in Tinker Tailor Soldier Spy.

• How few jokes were made about Jonah Hill’s weight. Just kidding! There were a lot, which was kind of also surprising, because last I heard, he had slimmed down.

• Jean Dujardin used the F-word (meaning the French word…for the F-word) in his acceptance speech for Best Actor, but no one really realized it until later, but who cares, since it was in French.

• Hearing Asghar Farhadi, director of A Separation, which won Best Foreign Language Film, note that, “People in Iran follow the Oscars a lot more than you think they do, and I know for a fact that right now as the event is happening, it’s in the middle of the night in the middle of the morning and people are not sleeping, and I know that they’re following.”

• The Twitter buzz surrounding Billy Crystal’s depiction of Sammy Davis Jr., something he had done when he was on Saturday Night Live in the 1980s—proving further that the world has passed Crystal by.

• While I didn’t personally find it that surprising, the press room was abuzz with shock and dismay that Meryl Streep did not thank the other nominees during her speech.

• How much Meryl Streep seemed to think that the world is sick of her, referring to something called “Streep fatigue” in her backstage speech, but then followed that bit up with a discussion about her work with The National Women’s History Museum, and made it pretty clear to me at least that the world should never be sick of her.

• The Artist won for Best Original Score, which seems unfair because it had 75% more music than any of the other films—but then, I don’t think it’s fair that Michael Phelps won so many gold medals, since he was just born with longer arms than anyone else in the world.