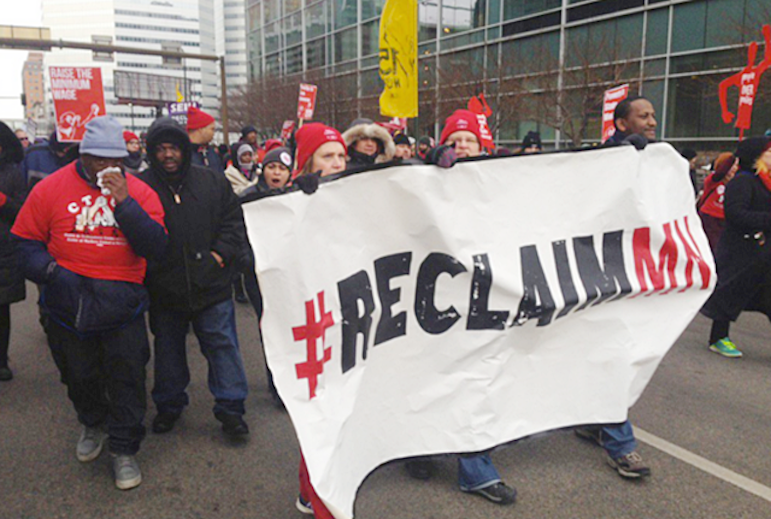 This week, a coalition of civil rights and workers’ rights advocacy groups launched a campaign to put a $15 an hour minimum wage in front of Minneapolis voters this fall.

15 Now organizer Kip Hedges said that while the groups haven’t begun to collect signatures yet, he’s confident the campaign will be well on its way to 7,000 by the end of spring. And he thinks much of the campaign will be galvanized by people of color who live and work in the city. “The racial equity gap is one of the key things involved in this effort,” he said. “Closing that, addressing it, having a discussion on it. So, that will be a major part of what we’re talking about.”

The Minnesota Spokesman-Recorder featured the Black Liberation Project and one of its founding members, 2o-year-old Vanessa Taylor this week. The project was inspired by the Black Lives Matter movement and activism in Ferguson. According to MSR, its “goals are based in the need for human compassion and the need to have a collectively respectful society.”

Find out more about the Black Liberation Project and its youth members here.

Minnesota’s surplus should be invested in making our economy work for everyone, not just the wealthy

Alliance for a Better Minnesota put out a video this week detailing the dangers of senate Republicans’ proposed tax cuts for businesses and the wealthy.