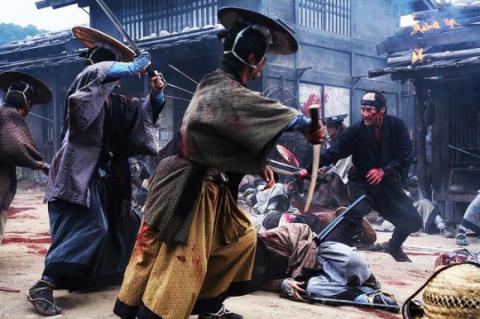 The clash of steel against steel, in the grand scale of a Kurosawa epic, echoes across haunting, misty landscapes in multi-award-winning and prolific filmmaker Takeshi Miike’s latest visual feast 13 Assassins.

Peace in feudal Japan is a fleeting hope as a power-hungry young Lord lets loose his blood lust on the land. Swords clash with wild abandon until two legendary samurai square off in its climactic 45-minute battle that could end it all. With a nod to Kurosawa’s seminal work Seven Samurai, invoking the charismatic Toshiro Mifune, Miike creates yet another classic among his body of work that includes 80 films in just 10 years.