Music, so we’re told, can soothe a savage breast. But the working men and women who built Virginia, Minnesota’s Socialist Opera Hall in 1913 also believed it could educate the masses. In the opulent 800-seat auditorium, concert-goers were treated to opera’s greatest hits–as well as labor rallies and socialist lectures. 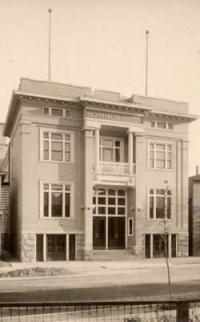 KFAI’s Britt Aamodt talks to Clarence Ivonen, who as a boy, sat rapt in his balcony seat, and as a man, reported on the decline of the aged beauty for the Mesabi Daily News. [Audio below]