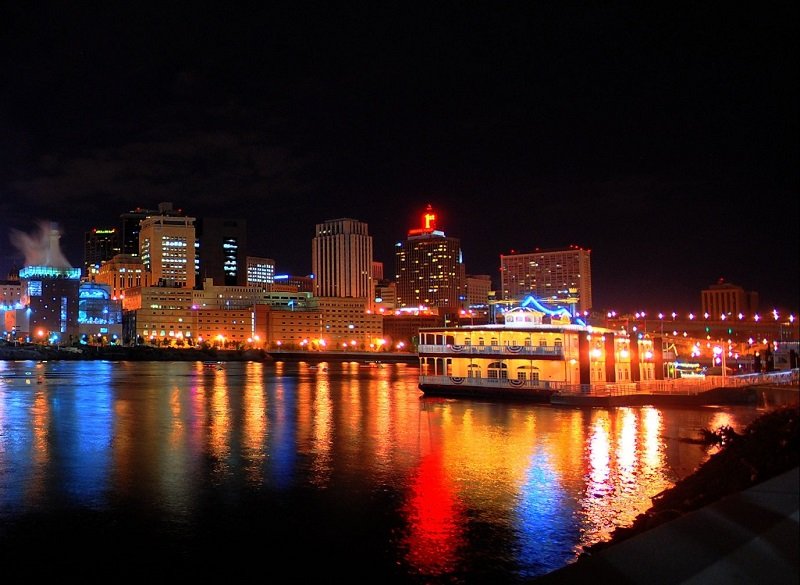 The rivalry between St. Paul and Minneapolis has been called a Tale of Two Cities, but that’s not really accurate. It’s another story altogether. St. Paul is the ugly duckling, turned beautiful swan. While Minneapolis slept, St. Paul became the cool place. Don’t believe me? Here are 10 reasons why St. Paul is cooler than Minneapolis.

According the RealtyTrac, a company that tracks all things real estate, Lowertown’s 55101 zip code is the top hipster zip in the United States. The company looked for trendy restaurants, bars and coffee shops and a large number of 25 to 34 year-olds.

Part of the Lowertown’s hipster ambiance comes from the Lowertown Lofts Artist Cooperative, founded in part by the City of St. Paul, providing living and rental work space for artists. Easy access to the Green Line, the St. Paul Farmer’s Market and the Lowertown Dog Park add to the vibe. Along with St. Paul, three other zip codes in Minnesota registered in the top 25 as well, making the state the hipster capital of the nation.

2) The boys of summer, the St. Paul Saints 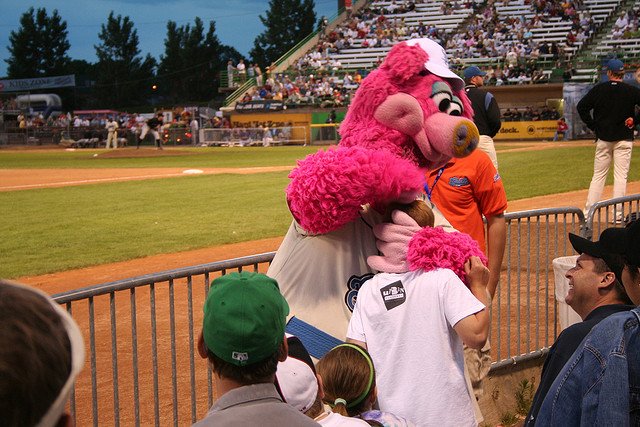 If you’re of the opinion that fun is good and if you like baseball, then join with thousands of your fellow Twin Citians and check out the St. Paul Saints.

With a real pig mascot like Stephen Colboar, trained to deliver the baseballs to the umpires, and with roving entertainers like ‘Girt the Flirt,’ the Saints are part Vaudeville, part spectacle, and part minor league baseball.

Next spring, the Saints will be moving to their brand spanking new Lowertown stadium and the fun (we hope) will follow. Season tickets are available now. Individual tickets will run from $5 to $28 depending where you’re seated. Hurry, they go fast.

3) The girls of winter, the Minnesota RollerGirls 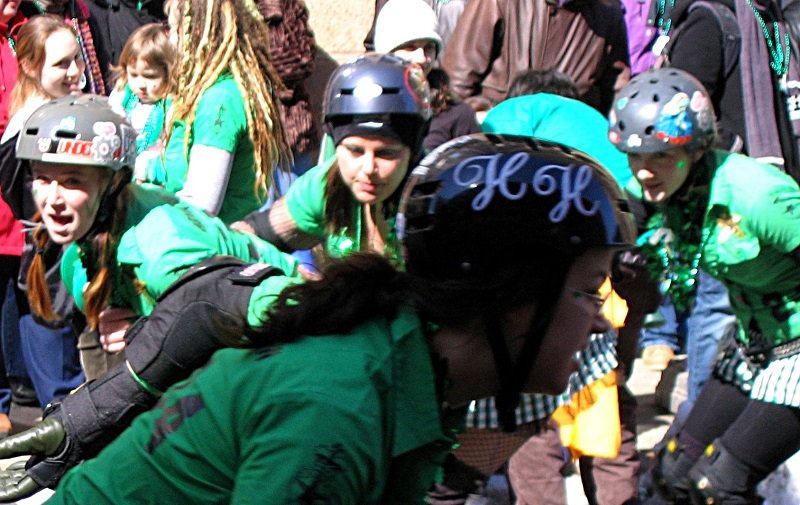 What could be cooler than roller derby, an all-female amateur contact sport played on roller skates, where players wear colorful outfits and take on names like Scootaloo and Zelda Hitzgerald?

St. Paul’s Minnesota RollerGirls (yes, one word) are now in their 11th season and take the sport very seriously. But that doesn’t mean the event isn’t still a giant party for skaters and spectators alike. The RollerGirls league – the Atomic Bomshells, the Dagger Dolls, the Rockits and the Garda Belts (the B-Team is named the Minnesota Nice) – all practice together, but when it’s time to jam, it’s every woman for themselves.

Tickets are $15 at the Roy Wilkins Auditorium box office. After bouts, the Girls and the fans head over to O’Gara’s or Camp Bar for the after party. Roller derby rules are not complicated, but difficult to explain, so join with 3,000 other enthusiasts and you’ll figure it out soon. Note: The North Star Roller Girls, based in Minneapolis, recently moved their games to St. Paul because St. Paul is cooler. 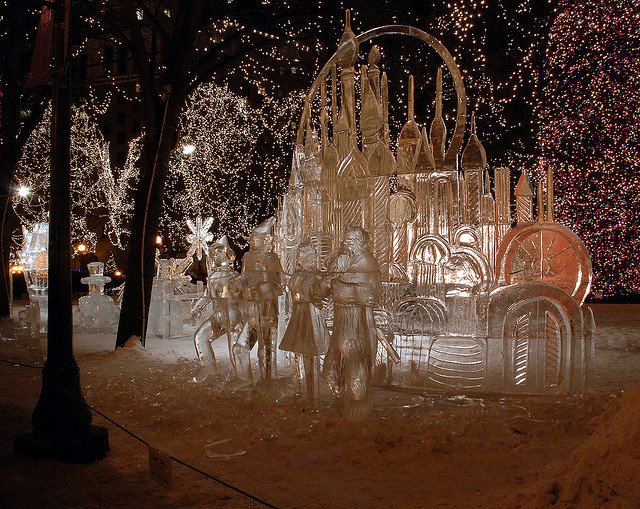 The St. Paul Winter Carnival in January and February is a 10-day Viking Pagan style party celebrating the battle between winter and summer, fire and cold. (Who will win?)

Weaker mortals would not show up even for this much fun if it means having to brave the coldest week of the year, but hardy St. Paulites have been doing it, with a few small breaks, since 1886. 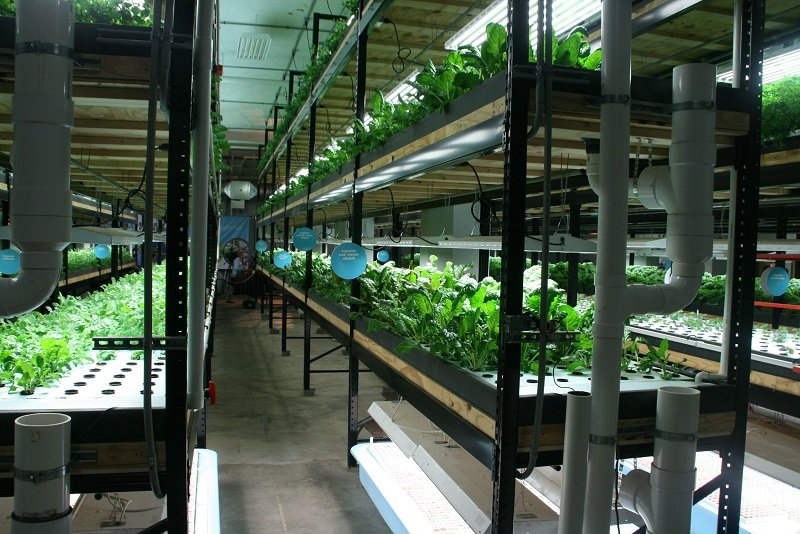 Garden Fresh Farms, with an expansion farm on Pierce Butler Route, grows aquaponic vegetables. Both have huge tanks filled with tilapia with the fish water used to fertilize vegetables with some of the vegetables feeding the fish.

Everything is sold to local restaurants, co-ops and through CSAs. Fluorescent grow-lamps can run 16-hour days which means harvest can come in 28 days instead of 70 days and there’s no fear of flood, frost, hail and dark of night. Aquaponics uses on the average, only two percent of the water as a regular farm, which means the agricultural technology needed to feed the world in the future might be starting in St. Paul. 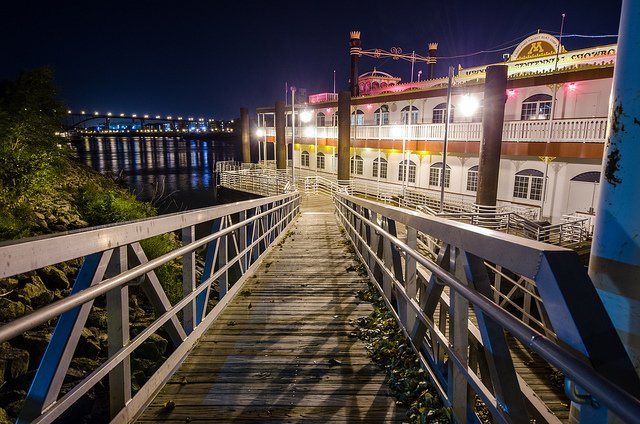 Although Minnesota leads the nation in boat ownership, there are only two places in the Twin Cities where houseboats can anchor, and both are near downtown St. Paul.

There’s the St. Paul Yacht Club and the Watergate Marina. Houseboats are tiny — at best, a few hundred square feet of living space, so for most, the houseboat takes the place of the Cabin Up North. But, they’re considerably cheaper than a regular house, and a brave few choose to live on their boats year-round.

It requires work, though. Toilet tanks need to be emptied every 11 days and in the winter, a houseboat can be cold no matter how many heaters are installed. But come warm weather, you can stay in your boat slip, sipping cold beers, or head down river just like Tom Sawyer, but with Internet and satellite TV.

7) Pearson’s and their Salted Nut Roll

The candy maker Pearson’s was founded in 1909 and made their first candy the Nut Goodie Bar in 1912. But, it wasn’t until the height of the Great Depression, in 1933, that it created the celebrated Salted Nut Roll, selling it for only a nickel.

The company operated out of Minneapolis until 1950 when it moved to St. Paul, moving again to its current location at 2140 West 7th St.

The Salted Nut Roll is the perfect mix of nougat, caramel and peanuts, originally marketed as a meal in a bar (with eight grams of protein.) It’s one of the few non-chocolate bars on the market. Pearson’s also makes, among others, Bit-O-Honey, Pearson’s Mint Patties and the Bun Bar, but nothing beats the Roll. 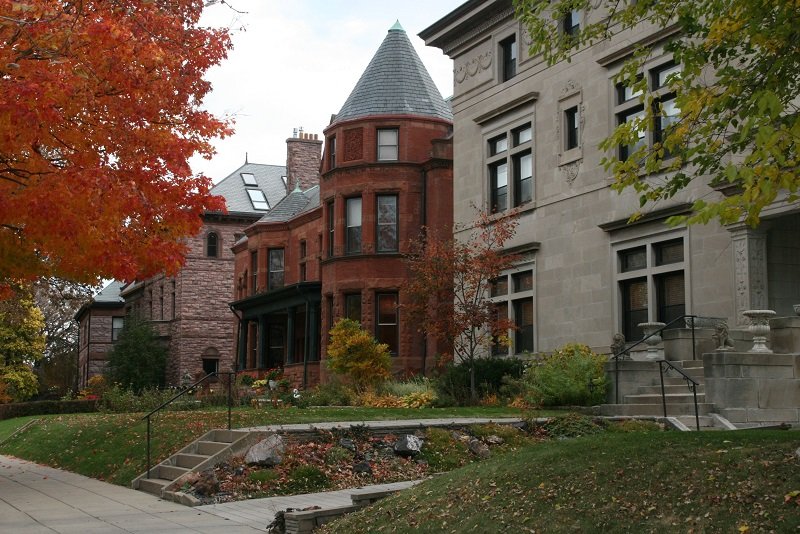 The longest stretch of Victorian mansions in the country is on Summit Ave., running more than four miles from the Cathedral to Mississippi River Boulevard.

The showy, gaudy and extravagant homes include the historic and infamous. Among them are the Governor’s Mansion (1006 Summit), the former home of Sinclair Lewis (516 Summit), and F. Scott Fitzgerald (599 Summit).

Most notorious is the Griggs Mansion (476 Summit), which according to ghost hunter Troy Taylor, might be one of the most haunted houses in Minnesota.

In 1964, the Griggs was purchased by Carl Llewellyn Wesche, founder of Llwewllyn Worldwide, St. Paul’s occult and new age book publishing company, who operated it out of the mansion. The 13,800 square-foot Griggs sold for $1 million in 2012.

Summit also showcases more than a century of public art, including the Paul Manship Art Deco bronze ‘Indian Hunter and His Dog’ in tiny Cochran Park (369 Summit), a 1907 statue of hero Nathan Hale and the city’s oldest sculpture, the New York Life Eagle, at the corner of Summit and Ramsey.

Best of all is a chainsaw sculpture of Madame Nina Clifford, who, from 1889 until 1929, owned and operated Minnesota’s swankiest brothel. She’s there, with her parasol, on the lawn of one of the Avenue’s non-Victorians (435 Summit).

9) Most Romantic City in North America

It could be the cold, which makes couples in love want to stay cuddled up inside. Or it could be, as Mayor Chris Coleman claims, the city’s beautiful open spaces, historic architecture, diverse activities, romantic restaurants and charm. Whatever the reason, early in 2014, readers of USA Today voted St. Paul the best city North America for a romantic getaway.

Described on the official voting page as the ‘smaller, quieter and, many say, the more sophisticated’ of the Twin Cities, St. Paul took an early lead in the voting, beating out Savannah, New Orleans, Charleston and Honolulu, among others.

One of the best places for romance in St. Paul is the 254 room five star St. Paul hotel, the only hotel in Minnesota to make Travel + Leisure’s valued list of Top 500 Hotels in the World. If you visit during the Winter Carnival, you could walk with your sweetie, hand-in-hand, across the street to Rice Park to see the ice sculptures. 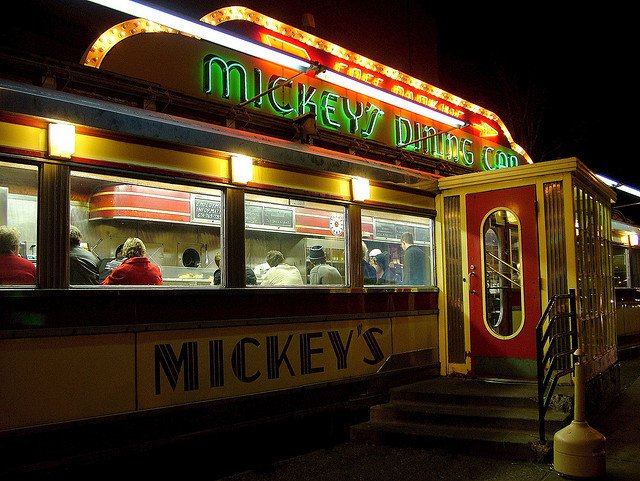 Once there were diners like Mickey’s Diner in every town in America. Built to look like a refurbished railcar, these greasy spoons were unpretentious and affordable, and the perfect places for lunch, dinner or a bite to eat after the bars closed.

Most are long gone, replaced by places serving tiny plates of freekeh with acai berries and cauliflower foam. But, Mickey’s lives on. Opened in 1939, the neon lighted yellow-and-red enamel streamliner, now on the National Register of Historic Places, is not trendy. It’s classic.

Sit at the long counter where you can watch the cooks make you perfect eggs, bacon, hash browns, pancakes, burgers and grilled sandwiches. Try the chili and the stew. The malts and shakes are thick and wonderful, too.

The iconic diner has made appearances in movies including The Mighty Ducks, Jingle all the Way and A Prairie Home Companion. It was also made into a collectible by Department 56 in 1986.

Despite its fame, it’s still 100 percent legit. The last upgrade was the Sputnik Burger, making Mickey’s one of the coolest places in St. Paul. And, it’s still open 24-hours a day and still serving breakfast, anytime. They take credit cards, but you can’t add your tip, so bring some cash for the servers.